Hamsalekha was born on 23rd June 1951. His birth name is Govindaraju Gangaraju. He is a multi-talented personality. Hamsalekha is an Indian Film Composer, Musician, Song Writer, Dialogue Writer, Screenplay Writer South Indian Cinema since the late 1980s. Mostly, he works in Kannada Film Industry, but he has also worked in Tamil and Telugu movies. 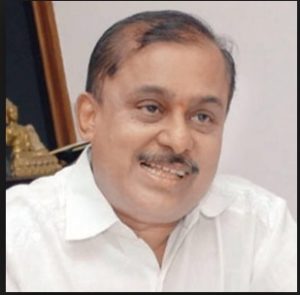 Hamsalekha is mostly mentioned by the title Naadha Brahma (meaning – The Brahma of Music) who is viewed as the significant reason for the change in the style of music-making and lyrics writing style which would bid a lot to the more youthful generation.

He coordinated folk and brought western melodic sensibilities into the standard film. He is likewise authorized for presenting numerous melodic abilities singers, composers, writers, and lyricists) to the south film industry.

Hamsalekha has won many awards. Some of the Big Awards are as follows:

He is also a beneficiary of privileged doctorate, presented by the Bangalore University.

The age of Hamsalekha as in the year 2019 is 68 years. Talking about the Family Life of Hamsalekha, he tied into a knot with Latha (Playback Singer) during the 1990s. The couple is blessed with three children – one son and two daughters. 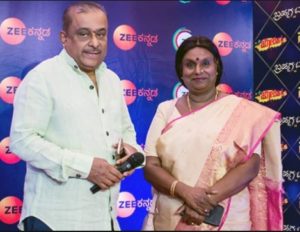 His son named Alankar is connected with South Film Industry as an Actor & Musician. He has worked in a few movies like Sugghi, Roja, and Tapori.

Her one daughter Tejaswini has done her Masters in Theatre from Bangalore University. She is connected with Film Direction, Play Direction and acting. His Second Daughter Nandini is a playback singer and she debuted as a singer with the movie Sixer in the year 2006.

The birth name of Hamsalekha was Govindaraju Gangaraju. He was born in Mandya and after studies, he started working in his father’s printing press. But, later, he joined his brother Balakrishna’s orchestra group. He was very much interested in writing poetries and then making tunes for his writings. He was given name Hamsalekha by his Guru Lavani Neelakantappa because he used to write with a Swan Brand Pen given by his guru. Swan meaning in Kannada is Hamsa. 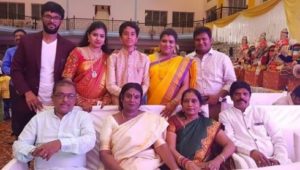 Hee started working in movies by writing a song in the movie Triveni in the year 1973. His first release was the song “Neena Bhagavantha”. He started Lyrics writing and dialogue writing with the movie Naanu Nanna Hendthi (1985). The movie Premaloka in the year 1987 was the first big hit as a music director of his career.

Hamsalekha has started Hamsalekha Desi Vidhya Samsthe in the year 2004-05. HDVS is a free educational institution for SC, ST, and needy children for 8th, 9th, 10th Class in English medium. Here, teaching is given using Dancing, Music, and Drama. Hamsalekha also runs an Arts College since 2007-08.

He also runs special music classes to encourage and mentor young and talented singers. He has also started Hamsalekha Desi Music University which is located in Mudhiegre Village near Channapatna in Karnataka. This university is recognized by the Dravidian University of Andhra Pradesh. To read more about his colleges and music university, go to the website www. hamsalekhadesi.com

If you want to know anything about Hamsalekha or any other celebrity, then write in the comment section given below. Thank You.

What is the age of Hamsalekha?

What is the real name of Hamsalekha?

The real name of Hamsalekha is Govindaraju Gangaraju.

Is Hamsalekha a Brahmin?

Hamsalekha is mostly mentioned by the title Naadha Brahma (meaning – The Brahma of Music) who is viewed as the significant reason for the change in the style of music-making and lyrics writing style which would bid a lot to the more youthful generation.

Who is the wife of Hamsalekha?

Singer Latha is the wife of Hamsalekha.

How many children have Hamsalekha?

Hamsalekha has three children – one son and two daughters.

Who is Hamsalekha son?

Hamsalekha Son’s name is Alankar. He is connected with South Film Industry as an Actor & Musician. He has worked in a few movies like Sugghi, Roja, and Tapori.

Who are the daughters of Hamsalekha?

What is the net worth of Hamsalekha?

The estimated net worth of Hamsalekha is $ 5 Million.