Here is everything you need to know about the movie Pal Pal Dil Ke Paas. We are telling you about the Star Cast of this movie, Release Date, Watch Trailer, Download Songs, Reviews, and Box Office Collection.

Sunny Deol is the director of the movie Pal Pal Dil Ke Paas. He is also co-producer of this movie. This movie is produced by Zee Studios and Sunny Sounds P Ltd. This is an Indian Hindi Language Romantic Drama Movie. Hero of Pal Pal Dil Ke Paas is Karan Deol, who is the son of Sunny Deol. The name of Heroine of this film is Sahher Bamba. She is making her debut with this movie and she belongs to Shimla, Himachal Pradesh. 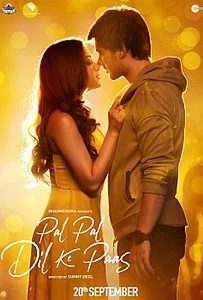 All fans of Dharmendra and Sunny Deol are looking forward to see the acting skills of the 3rd Generation of Deol Family. We also wish good luck to Karan Deol and Sunny Deol for this movie.

Zee Studios has released the official trailer of Pal Pal Dil Ke Paas film has been released and very much liked by the audience. 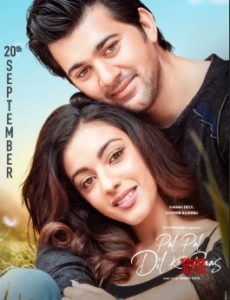 Superstar Salman Khan has also liked the trailer very much. In his views, this movie will prove the biggest love story of this generation.

This verdict of Salmaan Khan for Pal Pal Dil Ke Paas has increased the excitement among the audience for this movie. The release date of this movie is 20th September 2019.

The music of Pal Pal Dil Ke Paas is given by Sachet-Parampara and Tanishk Bagchi. 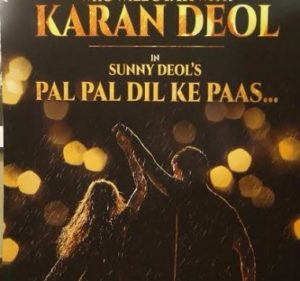 Sachet Tandon and Parampara Thakur sang most of the songs of this movie.

Ho Jaa Awara song is sung by Ash Singh and Monali Thakur. In a song Adha Bhi Zyada, Rap is given by Karan Deol and sung by Hansraj Raghuvanshi.

We will soon update this section as the movie is still not released. Pal Pal Dil Ke Paas Released Date is 20th September 2019. This movie will have a direct competition with another Love Story Film The Zoya Factor – Sonam Kapoor and Dulquer Salmaan Starring Movie. It will be interesting to see which movie will gather more attention and love of the audience. 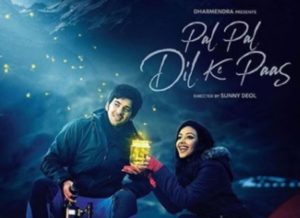 The star cast of Pal Pal Dil Ke Paas i.e. Karan Deol, Saher Bamba, Sunny Deol (Director) have also visited the sets of some reality shows for promotion. Dharmendra Deol has also come out for the promotion of his Grandson’s First movie.

Do watch this movie in theatres on 20th September 2019 and share your experience with us. If you want to know about any movie, you can write to us using the comment section given below. After the release of the movie, we will update this page for Review and Box office Collection Info. So Stay with us and Like our FB Page – Follow Your Celebrity. Thank you.