Jasleen Matharu is an Indian Singer and Actress. She has been a Big Boss 12 Contestant. She entered the house as a Jodi with Anoop Jalota. Now, Jasleen has entered as a contestant on Colors Show Mujhse Shaadi Karoge. 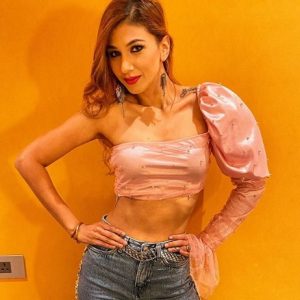 We have also activated links to Jasleen Matharu Instagram, Facebook, Twitter accounts, and Wikipedia Page. So that you can easily follow her. Just continue reading and scroll down till the end of this page.

Jasleen Matharu is a singer and actress by profession, But, she is more popular for her controversial relationship with Anoop Jalota. Both of them entered the Bigg Boss 12 house as a Jodi. Sometimes, Jasleen says that she is dating Anoop Jalota for 3 and a half years. While sometimes, she says we are just a Guru-Shishya Jodi. The love angel they showed on Bigg Boss 12 was just a publicity stunt. 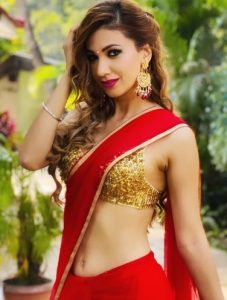 Talking about Jasleen Career, she has started singing at the age of 12. She has given live stage performances with singers like Sukhwinder Singh, Mika Singh, Amjad Khan, etc. Jasleen was learning music from Anoop Jalota. 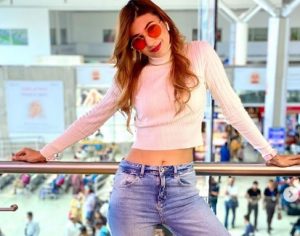 Besides singing, she is interested in dancing also. She is trained in different dance forms like Belly, Hip-hop, Salsa, and Bharatnatyam.

Jasleen Matharu was born on 4th April 1990 in Mumbai. Her age is 31 Years as in 2020. She was born and brought up in Mumbai. She belongs to a Sikh family. Her parents shifted to Mumbai from Khanna, Ludhiana, Punjab, India.

The father of Jasleen Matharu is a director named Kesar Matharu. Her mother Jaspreet Matharu is a housewife. She has a brother Kanwaljeet Singh Matharu, who is an actor and producer.

Jasleen Matharu made her acting debut in 2013 with the movie The Dirty Relation. This movie was directed by her father Kesar Matharu.

She was cast again by his father in a movie named The Dirty Boss in 2016. It was a Hindi Comedy Movie. 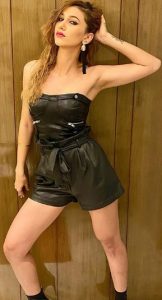 There is also news in November 2019 that Jasleen and Anoop Jalota will come together in a movie. The reason for this movie is to clarify the relationship of Jasleen Matharu and Anoop Jalota to the public.

Mujhse Shaadi Karoge Colors Show is a new show on colors. The purpose of this show is to entertain people and to find a perfect match for Paras Chhabra and Shehnaaz Gill.

As per the concept of Mujhse Shaadi Karoge, 5 male suitors and 5 female suitors will be locked in a house just like Bigg Boss. Shehnaaz Gill, Paras Chhabra, and Shehbaaz will also live in the same house with cameras. There will be nominations and evictions every week. The show will continue for 3 months. 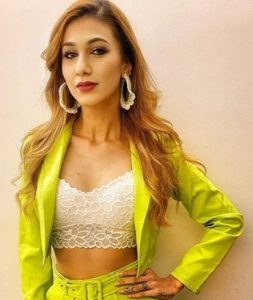 Jasleen Matharu is one of the suitors for Paras Chhabra in this show. We are looking forward to seeing how she will impress Paras Chhabra. 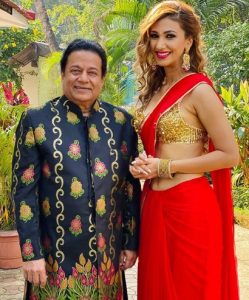 Later, she denied dating Anoop Jalota and said that she had a Guru-Shishya relationship with him.

Recently, Anoop Jalota raised objections on Jasleen for participating in Mujhse Shaadi Karoge Show. He said that Paras Chhabra is not the right person for Jasleen for marriage as he keeps changing girls. Anoop also said Jasleen should marry a person like him. He further added that he will talk to her father about this marriage show as he was not aware of this platform of marriage.

This is another controversy of Jasleen created by her and Anoop Jalota on Bigg Boss 12 House. During a task, Jasleen said that she had a strong relationship with a person in the Music Industry and Anoop is not aware of this. At this, Anoop Jalota said that you were talking about Sukhi i.e. Sukhwinder Singh and he was aware of this. 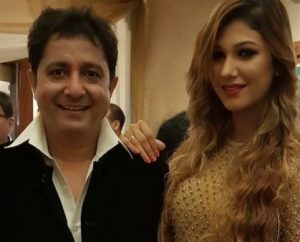 At this Sukhwinder Singh denied dating Jasleen. In an interview with Bombay Times, Sukhwinder Says, “We have been good friends for the last six years. Jasleen calls me Bablu. She accompanies me for my shows and her family is also close to me. In fact, her mom, dad, and friends came over to my house a day before she left for Bigg Boss. She cut a cake and we had a great time. We often catch up for movies and outings along with her friends, but we have never dated each other. I’m surprised that this was claimed on the show. I’ll call up her father and check what this is all about.”

Once Jasleen Matharu praised comedian Deepak Kalal by making a video and dedicated a song to him in the video. But, Deepak Kalal made a video by saying that his fans want him to marry Jasleen and share the videos of Live Suhagraat with Jasleen Matharu. later, they shared a live video for clarifying things.

From time to time, we will keep this page updated with the latest news about Jasleen Matharu. Just stay connected with us.

Who is Jasleen Matharu?

Jasleen Matharu is an Indian actress and singer.

Who is the father of Jasleen Matharu?

Mr. Kesar Matharu is the father of Jasleen Matharu. He is a director and producer.

What is the age of Jasleen Matharu?

What is the hometown of Jasleen Matharu?

Her hometown is Mumbai, Maharashtra, India.

Who is the brother of Jasleen Matharu?

Kanwaljeet Singh Matharu, who is an actor and producer, is the brother of Jasleen.

What is the net worth of Jasleen Matharu?

The estimated net worth of Jasleen Matharu is $ 1 Million.

Who is the boyfriend of Jasleen Matharu?

Anoop Jalota is rumored to be Jesleen boyfriend as she has entered the Bigg Boss House with him as a Jodi. But, later she denied such a relationship.

What is the relationship between Jasleen Matharu and Anoop Jalota?