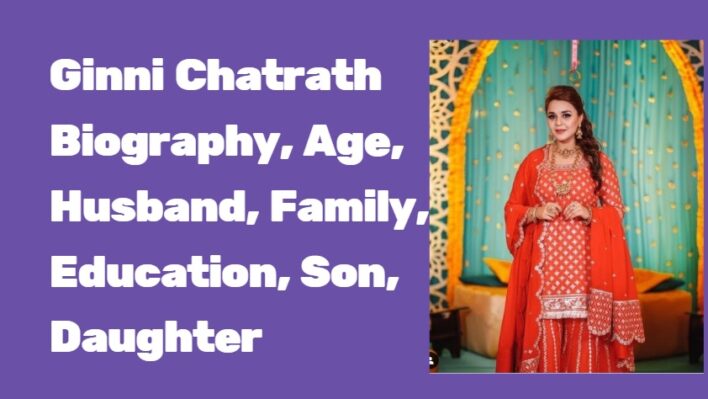 Ginni Chatrath is an Indian Actress and comedian. She is wife of famous Indian Comedian-actor-host Kapil Sharma. First time, Ginni has participated in the TV Show Hans Baliye in 2009. In this show, Kapil SHarma was also participating as a standup comedian.

We have also activated links to Ginni Chatrath Instagram, Facebook, Twitter accounts, and Wikipedia Page. So that you can easily follow her. Just continue reading and scroll down till the end of this page.

Kapil Sharma’s Wife Ginni Chatrath was born on 18th November 1989 in Jalandhar, Punjab, India. Her father is a businessman and mother is a homemaker. She has a younger sister named Harleen Chatrath.

The real nam eof Ginni Chatrath is Bhavneet Chatrath. But she is popular by her nickname Ginni. She did her schooling from MGN Public School, Jalandhar. After that, she went to DAV Institute of Engineering & Technology, Jalandhar and Guru Nanak Dev University, Amritsar for higher education.

As we all know that Ginni Chatrath married to famous Comedian Kapil Sharma on 12th December 2018. It was a love marriage. Both are blessed with two kids. Their daughter Anayra Sharma was born on 10th December 2019 and their son is born on 1st Feb 2021.

It is very interesting. They met for the first time in HMV College, Jalandhar in 2005. During a play in the college, they met for the first time. Ginni started liking Kapil Sharma because he was working hard during studying at College. One of their common friends told Kapil that Ginni liked him. But he did not believe him and later he asked Ginni – Tu Mujhe Like to nhi karti? but Ginni denied at that time.

They were part of a TV Show Hans Baliye in 2009. Ginni and Kapil both were participating as Standup Comedian in that show.

Ginni has always supported Kapil Sharma even in his tough days. Her parents were against their relationship. But, Kapil never lose hope and kept on convincing Ginni’s father.

At last, their families agreed to their relationship and they tied knot on 12th December 2018.

After marriage, Ginni Chatrath is not working in the acting field. She is helping her dad in their business. Now, she has become a housewife and mother of two children – daughter Anayra Sharma and a son.

After this TV Show, Ginni Chatrath got offers for Punjabi Movies and songs. But she did not accept any offer. She decided to stay away from the limelight.