Vikas Fhatak is a YouTuber having more than one million subscribers on his youtube channel. He is known for roasting people speaking anything against India. Hindustani Bhau portrays himself as Hindustani in his videos and uses abusive language in his videos. He targets Pakistanis and anybody who will talk against India will become his next target.

Bablu Fhatak aka Vikas Fhatak aka Hindustani Bhau has become an Internet Sensation. His videos went viral soo He is also active on Tik Tok, Instagram, Facebook, and Youtube. Now, he is entering the Bigg Boss 13 House as a Wild Card Contestant. 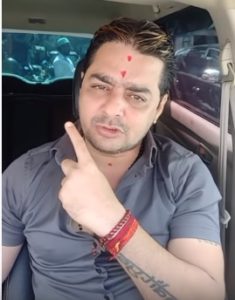 In this article, we will tell you everything about Hindustani Bhau. We have also provided the links to his social media accounts and Youtube Channel so that you can easily follow him if you like him. Just continue reading till the end of this page.

Recently, in Diwali Special Weekend Ka Vaar of Bigg Boss 13, a wild card contestant Vikas Fhatak aka Hindustani Bhau. He is a huge fan of Sanjay Dutt and follows his style of Vastav movie.

Hindustani Bhau is a patriotic Indian and makes videos full of abusive language against anti-national persons, activities, and Pakistanis, who talk anything against India or Indians. He did postmortems of other Videos and Interviews on the Internet in his own style.

Hindustani Bhau’s favorite dialogue is very famous on the internet. People are using this dialogue to express their own emotions in Memes.

Vikas Fhatak has entered the Bigg Boss 13 House as a Wild Card Contestant. Salman Khan has introduced him as Hindustani Bhau on Diwali Special Weekend Ka Vaar. He made an entry in Sanjay Dutt Style because his favorite movie is Vastav and he follows Vastav Style of Sanjay Dutt in his real life.

In his youtube videos, he uses abusive language. It will be interesting to see whether he will continue this attitude in the Bigg Boss 13 House or not. After watching his Youtube videos, I can say that Hindustani Bhau is Bold, Straight Forward, and Daring. He will give a tough fight to the contestants inside the house. His Mumbaiya Style will be loved by the audience. His fans and followers are in millions, which will be an additional benefit for him to stay for long in the Bigg Boss House.

Vikas Fhatak is known by many names like Bablu Fhatak, Bhau, and Hindustani Bhau. He is popular for his videos uploaded on his own youtube channel named Hindustani Bhau. This Channel has more than one million subscribers from 20th December 2013 to October 2019. Subscribers to his channel are increasing day-by-day.

Besides being a YouTuber, he is also a news reporter. He works at Daksh Police Times, a Local Newspaper in Mumbai.

Vikas Fhatak was born on 7th August. We don’t know the year of his birth, so we cannot tell you Hindustani Bhau Age. But we will soon update that. We don’t have much information about his family. But, he is married and has a son named Aditya Fhatak.

Vikas Fhatak was born and brought up in Mumbai. He talks in Mumbai Street Language. By profession, he was a news reporter in Mumbai Local News Channel. But, later, he made a youtube channel named Hindustani Bhau. Most of his videos go viral and his subscribers are increasing daily.

On Instagram, he has more than 500K Followers. Hindustani Bhau also makes videos on Tik Tok with the name Bablu Phatak. The Tik Tok Id of Hindustani Bhau is @hindustanibhau.

A people call Vikas Fhatak a perfect meme material. A meme is an idea, an image, video, piece of text, etc., typically humorous in nature, that is copied and spread rapidly by Internet users, often with slight variations. Lots of memes are made on Hindustani Bhau Style. Especially his dialogue of Chal Nikal Lavde, Pehli Fursat Mein Nikal. 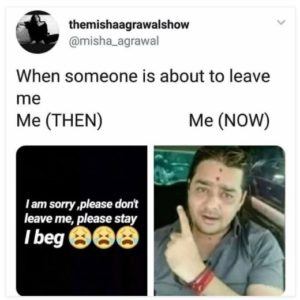 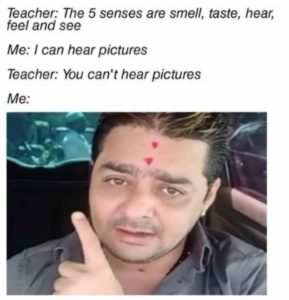 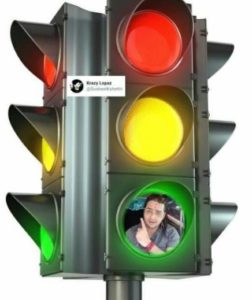 Who is Vikas Phatak?

Vikas Phatak is a Youtuber and he is popular as Hindustani Bhau. He was on Indian television in Bigg Boss Season 13.

What is the real name of Hindustani Bhau?

The real name of Hindustani Bhau is Vikas Jayram Phatak.

What does Vikas Phatak do to earn his living?

He is a YouTuber and earns through his youtube channel Hindustani Bhau. Earlier, he was a news reporter at Daksh Police Times, a local newspaper of Mumbai. Besides, he is a Philanthropist and runs an NGO in Mumbai named Aditya Yuva Pratishthan.

How much does Hindustani Bhau earn through his youtube channel?

The estimated earning of Hindustani Bhau Youtube Channel is USD3000 to USD4000 per month.

What is the name of Hindustani Bhau’s son?