Television and Film Actor Kushal Punjabi has done suicide. His body was found hanging in the room last night i.e. on 26th December 2019. A suicide note was also found near the body of Kushal. According to the suicide note, Kushal has given his property to his parents, sister, and his 3-years old son.

Life is so unpredictable. Just 2 days before committing suicide, Kushal Punjab partied the night away with friends Shilpa Saklani, Apurva Agnihotri, Meet Brothers, and Kushal Tondon. His friends and co-stars are in shock on hearing his death news. His ex-girlfriend Meghna Naidu has also showed grief for his death. 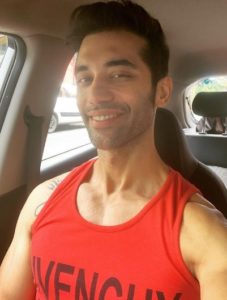 Actor Kushal Punjabi has committed suicide. This sad news was confirmed by the TV Actor Karanbir Vohra on social media by sharing a tweet. Kushal wrote the property in the name of son and parents. He wrote a one and a half page suicide note in English. In the suicide note, he wrote- 50% of his assets should be shared equally between his parents and sister, the remaining 50% should be given to his three-year-old son.

Kushal Punjabi was in depression as he has some issues in his marriage with his European girlfriend Audrey Dolhen. Moreover, his hair plant surgery also went wrong.

Kushal Punjabi died at the age of 42 years only

Police filed the suicide case DCP Paramjit Singh Dahiya has confirmed the suicide. He said- “Yes, this is a suicide case. His parents were trying to contact Kushal by noon. But Kushal’s phone was not available. He waited till night, when there was no response from Kushal, he reached Kushal’s building at 10.30 pm. The parents broke the door and went inside Kushal’s house. He found the body of Kushal hanging from the fan. The body has been sent for postmortem. We have filed a case for suicide. ” The cremation will be performed on 28th December 2019.

Kushal Punjabi married European girlfriend Audrey Dolhen in November 2015. They have a son of 3 -years old. There were some problems in the marriage of both. It is believed that Kushal has committed suicide because of this. He was in depression. Kushal has a 3-year-old son from this marriage. The name of the son is Kian. Kaushal’s bonding with son Qian was quite special.

First of all, Karanvir Bohra, who is a very good friend of Kushal Punjabi, confirmed the news of Kushal’s Death. After that, many TV and Film Celebrities Tweeted and give shocking reactions and condolence messages for the departing soul and the family members. Final Words: May the soul of Kushal Punjabi Rest in Peace. Our condolences are with his family members.

What is the death date of Kushal Punjabi?

What was the reason for the death of Kushal Punjabi?

Kushal Punjabi committed suicide. He died by hanging himself in his room.

What was the age of Kushal Punjabi when he committed suicide?

Kushal Punjabi was 42 years old at the time of his death.

Why did Kushal Punjabi commit suicide?

Kushal Punjabi committed suicide because he was depressed. His wife had left him with his son. He was very close to his 3-years old son. In the suicide note, he wrote- 50% of his assets should be shared equally between his parents and sister, the remaining 50% should be given to his three-year-old son.

Who is the wife of Kushal Punjabi?

What is the name of Kushal Punjabi’s son?

The name of Kushal Punjabi’s son is Kian.