Surbhi Chandna is an Indian TV entertainer known for her depiction of Annika Trivedi in Ishqbaaaz. She has likewise played Haya in Qubool Hai. Since August 2019, Chandna is depicting Dr. Ishani Arora in Sanjivani 2, a reboot of Sanjeevani aired in the year 2002 on Star Plus. This show will start on 12th August 2019. 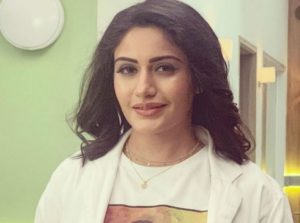 If you are also a fan of Surbhi Chandna and want to know more about her personal and professional life, and Sanjeevani 2019 then continue reading this page.

Toward the beginning of her profession, Chandna completed a few promotion shoots and TV advertisements.

Regardless of having no foundation in acting, she began taking up little jobs in the acting field. With her hard work, she has become a popular name in the Indian Television Industry.

Surbhi Chandna belongs to a Punjabi Family, but she is born and raised up in Mumbai. She has an elder sister named Pranavi Chandna who is married.

Surbhi Chandna is Unmarried. But she is in a relationship with her boyfriend named Karan Sharma. Both are close friends for the last 8 years and are in love for more than 5 years. Surbhi Chandna’s Boyfriend is a corporate expert. Both are seen together on several occasions with other celebs. 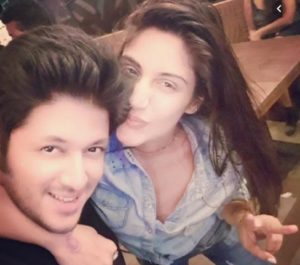 Surbhi Chandni’s Favorite things are dancing, reading, shopping, traveling. Once she revealed that she likes Mad Dance Fitness Activity. She is a fitness freak and follows a regular gym routine and balanced diet plan.

Since childhood, she had a great interest in acting and modeling. She started her modeling career in the year 2008. Initially, she did TV ads. Soon, she did her debut in her first tv serial Tarak Mehta Ka Ooltah Chashma in 2009 with a small role of Sweety. After a lot of struggle and hard work, she got her first lead role in tv show Qubool Hai in the year 2014. This show was ab big hit telecasted on Zee TV. After this show, she became a famous personality of Indian Television. After that, in the year 2016, she acted as Annika in Ishqbaaz on Star Plus opposite to Nakuul Mehta. This role leads her career to the next level. The Jodi of Shivay and Anika is liked by the public and also praised by critics. Surbhi got awards and nominations for her role of Anika in Ishqbaaz.
Surbhi Chandna New Show is Sanjeevani which is going to be aired on Star Plus on 12th August 2019. This is a reboot of Sanjeevani TV Serial aired in the year 2002.

Surbhi is going to be a part of a New TV Serial Sanjeevni. Sanjeevni serial is a reboot of Sanjeevani serial telecasted in the year 2002 which was very famous at that time. In the year 2005, the sequel of Sanjeevani called Dil Mil Gaye was also telecasted on Star One. Now, its reboot is ready to be aired on 12th August 2019. Surbhi Chandna is going to play the lead role of Dr. Ishani opposite Namit Khanna, who will play the role of Dr. Sid. Other characters of Sanjeevni 2019 are Mohnish Bahl as Dr. Shashank Gupta, Gurdeep Kohli as Dr. Juhi, Sayantani Ghosh as Dr. Anjali, Rohit Roy as Dr. Vardhan.

You can follow our site gulabigangofficial.in to know about the star cast of Sanjeevani and other popular TV Serials. You can also follow this site for the latest news and gossips about the New Sanjeevani TV Serial. 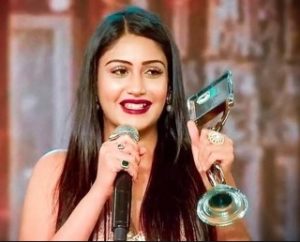 Keep following this site to get the Latest News, Updates, Gossips about Surbhi Chandna. Leave your feedback in the comment box given below. Thank you.

Who is Surbhi Chandana?

Surbhi Chandana is a famous Indian TV Actress. She is known as Anika from Ishqbaaz. Her new TV Serial is Sanjeevani Reboot, where she is playing the character of Dr. Ishani Arora.

What is the age of Surbhi Chandana?

What is the hometown of Surbhi Chandana?

No, Surbhi Chandana is not married till 2020.

Who is the boyfriend of Surbhi Chandana?

Karan Sharma is Surbhi Chandana Boyfriend. Both are close friends for the last 8 years and are in love for more than 5 years. Surbhi Chandna’s Boyfriend is a corporate expert.

What is the net worth of Surbhi Chandana?