Suhana Khan is the most popular teenager and Celebrity Kid of Bollywood Superstar Shahrukh Khan. Though she has not made her debut in Bollywood yet she has made her identity on social media. She has numerous fan clubs on Social Media. Her Photos and Videos went viral. She is the trendsetter for the young generation.

We have also activated links to Suhana Khan Instagram, Facebook, Twitter accounts, and Wikipedia Page. So that you can easily follow her. Just continue reading and scroll down till the end of this page. 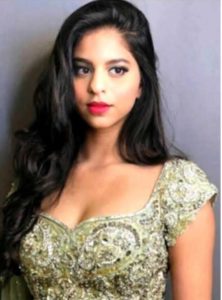 Being a celebrity kid and the daughter of Shahrukh Khan and Gauri Khan, she leads a luxurious life. Suhana Khan wants to become an actor just like her father. During her college also, she took parts in Plays. Let us take you through the personal life of Suhana Khan. 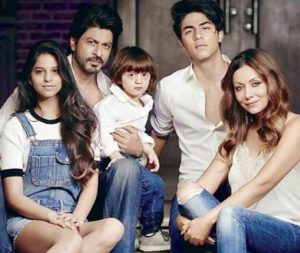 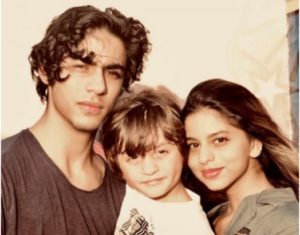 Suhana Khan was born on 22 May 2000 in Mumbai, India. She is the second child and only daughter of Shahrukh Khan and Gauri Khan. She has two Brothers named Aryan Khan(Read about him) (Elder) and Abram Khan (younger). 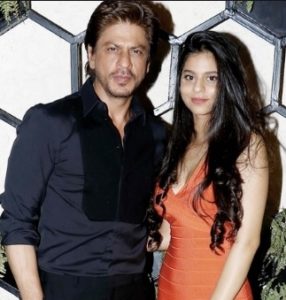 She has done her schooling from Dhirubhai Ambani International School. After that, for graduation, she went to Ardingly College in London. Now, she has completed her graduation. Shahrukh and Gauri have also shared the photos of Suhana Khan’s Graduation Ceremony.

During her college days, Suhana Played the role of Juliet in a theatrical adaptation of William Shakespeare’s Romeo And Juliet. After seeing the performance, Shahrukh got emotional and congratulated the whole cast for their great performance. 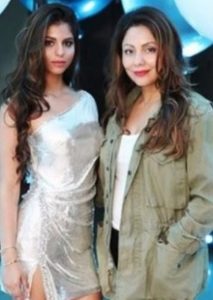 There is no doubt that she is the upcoming actress of Bollywood and all fans of Shahrukh Khan and followers of Suhana Khan are waiting for her debut. But, Sharukh had strictly said in an Interview that his kids will first complete their education and then they can do whatever they want. Now, the education of Suhana and Aryan Khan is completed and everyone is waiting for their debut in Bollywood. 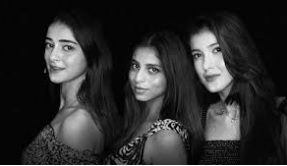 Suhana Khan is not dating anyone right now. She will focus on her acting career now.

Suhana Khan has made her debut appearance in Vogue India’s August 2018 issue, almost one year ago. At that time, King Khan Shahrukh and Gauri Khan shared the pictures of the cover photo of Vogue August 2018 Issue on their social media accounts. Both were very happy to introduce their daughter to the world. it was written on the cover page – Hello Suhana Khan. 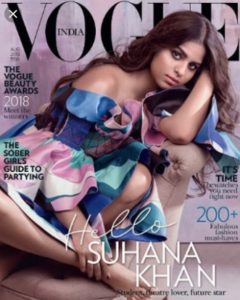 Soon, we will hear some announcements about their debut movie. We will update this page soon. Till then stay connected with gulabigangofficial.in and keep following your favorite celebrities. Leave your comments in the message box given below. Thank You.

Who is Suhana Khan?

Suhana Khan is the daughter of Shahrukh Khan – The King of Bollywood.

Who is the father of Suhana Khan?

King Khan Shahrukh Khan is the father of Suhana Khan.

Who is the mother of Suhana Khan?

Gauri Khan is the mother of Suhana Khan.

How many brothers have Suhana Khan?

What is the age of Suhana Khan?

Who is Suhana Khan Boyfriend?

What is Suhana Khan Net Worth?

The net worth of Suhana Khan is $45 million.