Shahrukh Khan is a name that needs no introduction in Bollywood. He is also known by many names like SRK, King Khan, The Badshah of Bollywood, and the King of Bollywood. 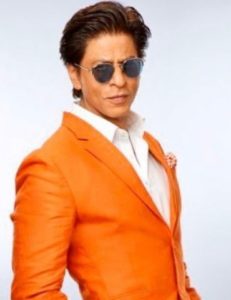 We have also activated links to Shahrukh Khan Instagram, Facebook, Twitter accounts, and Wikipedia Page. So that you can easily follow him. Just continue reading and scroll down till the end of this page.

Shahrukh Khan has worked in more than 80 films in Bollywood. He has won many awards and honors from India and also from other countries. The Indian Government has honored Shahrukh Khan with the Padma Shri Award in the year 2005, which is the 4th Highest Indian Civilian Honour. 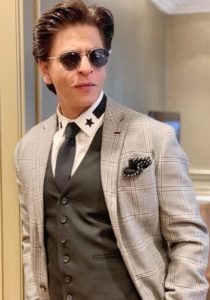 The favorite actors of Shahrukh Khan are Dilip Kumar Sahab and Amitabh Bachchan. His favorite actresses are Mumtaz and Saira Bano.

The age of Shahrukh Khan is 54 years in 2019. Shahrukh Khan celebrates his birthday on 2nd November every year as he was born on 2nd November 1965 in New Delhi, India. His father Late Meer Taj Mohammad Khan was an Indian Freedom Fighter. His mother Late Lateef Fatima was a social worker. The father of SRK died in the year 1981 due to cancer and his mother died in 1991 due to diabetes. He has an elder sister Shehnaaz Lalarukh, who lives with SRK in Mannat. The sister of Shahrukh Khan got deeply depressed after the death of their parents. Since then SRK looks after her sister. 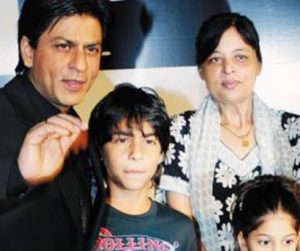 Shahrukh Khan was dating a Punjabi Hindu Girl Gauri Khan in Delhi for six years. Later, they got married as per Hindu Traditions on 25th October 1991. At that time, he was not a film actor. He had just worked in a few TV Serials like Fauji, Circus, Wagle Ki Duniya, miniseries Idiot. After marriage, SRK decided to make his career as Film Actor. Both shifted to Mumbai from Delhi. Gauri Khan supported SRK a lot. Both always took stand for each other. 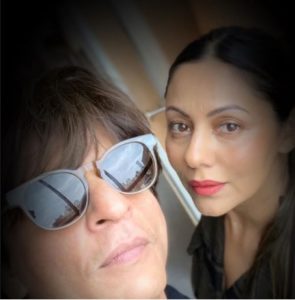 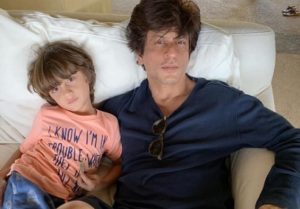 Aryan Khan wants to make his career in the acting field as an actor and director. As of now, he has given his voice for the Hindi version of The Lion King. 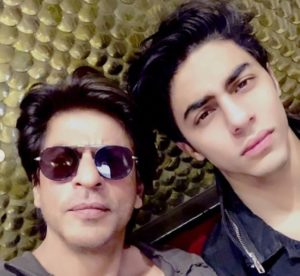 Suhana Khan is the daughter of Sharukh Khan. She was born in the year 2000. Suhana Khan has just completed her graduation. Like her father, she also wants to make her career in the acting field. Read the full biography of Suhana Khan 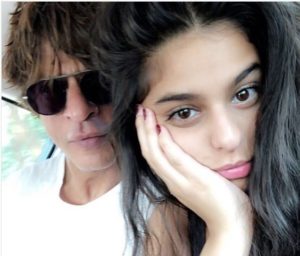 After the death of his mother, SRK wanted to act in movies to overcome that grief. initially, he signed four movies:

Dil Ashna Hai, Deewana, Chamatkar, and Raju Ban Gaya Gentleman. But, Deewana released first. That is why known to be the Debut movie of Shahrukh Khan.

Now, after working for decades in Bollywood, he has acted with Heroines of different generations. Here is the list of movies with different actresses:

I personally like the romantic style of SRK in movies. That’s a perfect romantic pose of SRK during a song shoot! Photo 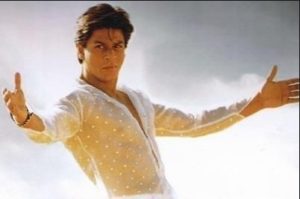 The list of SRK Awards is so big that we cannot explain it in this article. You can check the list of Awards and Honours received by Shahrukh Khan by using the links given at the end of this page. Just scroll down and you will get the link to SRK Awards and Honors. Thank You.

After earning name and fame in Bollywood, SRK is considered as the Preferred choice by brands for brand endorsements. Shahrukh Khan is not just the king of Bollywood, he is the King of Brand Endorsement also. The estimated Brand Value of SRK is 131 million dollars. As per an estimation, he charges Rs. 3 Crore to 4 Crores Per Day for an endorsement. Fro the endorsement of Pan Vilas Pan Masala, SRK has charged Rs. 20 Crores. In the year 2017, SRK was endorsing 21 brands. Here are a few ads by Shahrukh Khan:

These days, you can see SRK in the following ads:

SRK has 40 million followers on Twitter as of March 2020.

Shahrukh Khan has approx 20.7 Million Followers on Instagram as of March 2020.

What is the name of Shahrukh Khan First Movie?

Deewana was the first movie of Shahrukh Khan opposite Divya Bharti. He was the second male lead behind Rishi Kapoor in this movie.

What is the date and place of birth of Shahrukh Khan?

Shahrukh Khan was born on 2nd November 1965 in New Delhi, India. His father Late Meer Taj Mohammad Khan was an Indian Freedom Fighter. His mother Late Lateef Fatima was a social worker. The father of SRK died in the year 1981 due to cancer and his mother died in 1991 due to diabetes.

Does Shahrukh Khan have a sister?

Yes, Shahrukh Khan has a sister. She lives with him in Mannat. He has an elder sister Shehnaaz Lalarukh, who lives with SRK in Mannat. The sister of Shahrukh Khan got deeply depressed after the death of their parents. Since then SRK looks after her sister.

Who is the wife of Shahrukh Khan?

Producer and Entrepreneur Gauri Khan is the wife of Shahrukh Khan.

How many children Shahrukh Khan have?

Shahrukh Khan has three children. He has two sons Aryan Khan and Abram Khan and a daughter Suhana Khan.

Which IPL team is owned by SRK?

Shahrukh Khan is the owner of the Kolkata Knight Riders IPL Team.

What is the net worth of Shahrukh Khan?

The estimated net with of Shahrukh Khan is approx $600 Million. He is one of the richest actors in the world.