TV Actress Sejal Sharma committed suicide. Her dead body was found hanging at her rented flat in Mumbai Mira Road on Friday i.e. 24th January 2020. She has also left a suicide note and the reason for suicide was some personal issues. TV Actress is popular for her role as Simmi Khosla in TV Serial Dil Toh Happy Hai Ji. Besides, Sejal had acted in a few TV commercials, web series Azad Parindey, and a song Kho Jate Hain sung by singer Deepanshi Nagar. 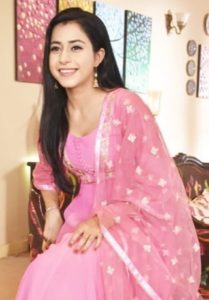 Television Industry was in shock on hearing the news of the suicide of Kushal Punjabi. Now, another suicide news of a Tv Actress has shocked the television industry.

on Friday, 24th Jan 2020, Tv Serial Dil Toh Happy Hai Ji Actress Sejal Sharma committed suicide. She hanged herself in her rented flat in Mumbai. Sejal was just 25 years old. She was born on 26th October 1994 in Udaipur, Rajasthan. The actress belongs to Udaipur and came to Mumbai in 2017 for pursuing her acting career.

This is not the end, but, the beginning of a beautiful TV journey! It’s heartbreaking to say goodbye to the show “Dil To Happy Hai Ji” but necessary because no thing, good or bad, is constant and it was one of the most amazing journey with the most amazing lot of people. I can’t thank enough @nilanjana_p @gulenaghmakhan @herumbkhot who gave me my first opportunity and made me a part of this TV . I feel extremely grateful for what you have given me because in the end no matter where I reach in my life, I owe my first step to you. Simmi, a character so close to my heart. A girl whose life revolves around her family, specially her brother who she loves more then herself and would go to lengths to ensure his happiness! And it’s sad that I won’t get to see my small little family everyday but they’re gonna be always close to heart. Aru bhaiya ,never knew playing your onscreen sister would turn this bond same offcreen too. See, we told you we won’t use the glycerine and we didnt . It’s heartbreaking to say goodbye to the your death sequence and we didn’t. So much love. ansh You’re a real rockstar. I adore you so much, and after watching your interview, I understood your roots, your respect towards people and work. Couldn’t stop myself from boasting off about you and your strength and determination to people, all the time. Khushi you played a younger sister on screen but played an elder one in real life. I’ve found family in Mumbai in you. I love you. Geetu, I see a friend, mother, sister in you. Thank you for your immense care and love! We will surely meet soon for some endless conversations and laughter. Rudrakshi mam,Mummyy, you’re one of the finest actors I have come across and an amazing co actor. Very lucky that I got to work on so many scenes with you. Thank you for helping me throughout. Gonna miss our chai sessions. Jasmine, Thank you for making me comfortable on set, for always being real about the industry and all the love and support. Akansha, Bro, already missing our dance videos. Thank you for all your support and help in my acting. Got to learn so much from yo

She has worked in Tv Commercials with Amir Khan, and Cricketers Hardik Pandya, Rohit Sharma.

In her suicide note, Sejal Sharma wrote that she took this decision due to personal reasons. 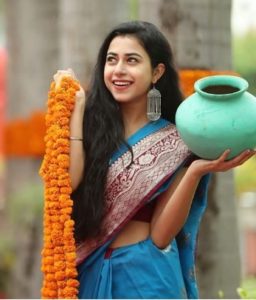 Jasmin Bhasin shared a pic of Sejal Sharma with her and wrote on Instagram post – ”It’s unbelievable that you are no more with us, such a happy girl, your presence would just light up any place, only you know what you were going through that you decided to end your life. I will miss you I wish this would have never happened. Rip”

Co-Actor Aru K Verma said that he was in shock to hear the news of the death of Sejal Sharma. He had met her just 10 days before and she was absolutely fine. They had a chat on WhatsApp on Sunday. He could not believe she committed suicide.

Final Words: Tv Actress Sejal Sharma has left this world. She committed suicide at the age of 25 years only. Her friends found her body hanging in her rented flat in Mumbai. They took her to the hospital where she declared dead. Her dead body is handed over to her family members for last rites. Mumbai Police has registered the case of Accidental Death.

Who was Sejal Sharma?

Sejal Sharma was an Indian Television Actress. She has worked in a few TV Serials like Dil Toh Happy Hai Ji as Simmi Khosla and web series Azad Parindey. She has also acted in a few TV Commercials with Amir Khan, Rohit Sharma.

In which TV Serial have Sejal Sharma worked?

What is the death date of Sejal Sharma?

Sejal Sharma committed suicide by hanging herself in her rented flat in Mumbai Meera Road. Her dead body was found hanging in her room on 24th January 2020. She has also left a suicide note.

What was the age of Sejal Sharma when she died?

Sejal Sharma died at the age of 26 Years only. She committed suicide. She was born on 26th October 1994 in Udaipur, Rajasthan.

What was the reason for committing suicide by Sejal Sharma?

As per the suicide note of Sejal Sharma, the reason for her suicide is some personal issues. While her friends said that she was depressed as she was not getting work. She needed money for the treatment of their parents who are facing health challenges.