She started acting at a very early age. She has acted in 32 South Indian Movies in just three years. In Bollywood also, she has acted in more than 42 movies.

We have also activated links to Rati Agnihotri Instagram, Facebook, Twitter accounts, and Wikipedia Page. So that you can easily follow him. Just continue reading and scroll down till the end of this page.

Actress Rati Agnihotri started her modeling career at the age of 10 years. She started acting at the age of 16 years only. She made her acting debut with the Tamil Movie Puthiya Vaarpugal in 1979 which was a big hit. The actor in this movie P. Bharthiraja helped her in learning Tamil Language. 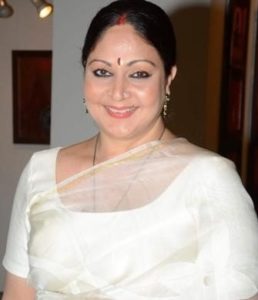 In an interview, she has told that she is a Punjabi by Birth but a Tamilian by Heart. After the success of her first Tamil Movie, she acted in 32 South Indian Movies in just three years.

In 1981, Rati made her Bollywood Debut with the movie Jeene Ki Aarzoo. Besides Tamil, Telugu, and Hindi Movies, she has acted in Bhojpuri, Bengali, Kannada, and Malayalam Movies also. 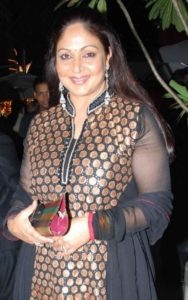 Actress Rati Agnihotri has also acted in TV Serial Kaajjal in 2006 and in Jhalak Dikhla Jaa Season 1 in 2006. She was eliminated on 7th Number.

Rati Agnihotri was born on 10th December 1960. In 2019, she will celebrate her 59th Birthday. She was born in Bareilly, UP and belongs to a Punjabi Family. She moved to Chennai with her family for studies and there she started modeling and acting along with studies. Her sister Anita Agnihotri is a former Miss India and a well-known Fashion Designer. 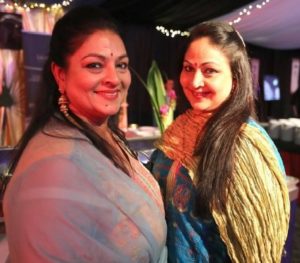 Actress Rati Agnihotri Husband and Son: Rati was married to a Businessman and architect Anil Virwani in 1985. 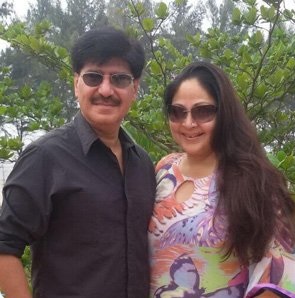 She gave birth to his son Tanuj Virwani. After marriage, she was also known as Rati Virwani. In 2006, she also opened a Shopping Mall along with her husband. The married life of Rati was not doing well and she decided to file a complaint against her husband for domestic violence and threatening to death. She was divorced from her husband in 2015. Currently, she is living with her son Tanuj Virwani in Mumbai. 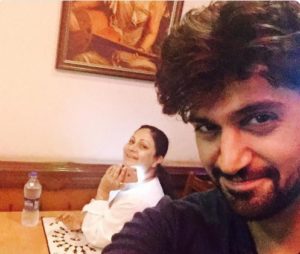 Movies by Rati Agnihotri: She has worked with top actors of Bollywood during the 1980s and South Indian Cinema. To know the detailed information about Rati Agnihotri Movies, read Rati Agnihotri Biography. Link for that is provided at the end of this page. 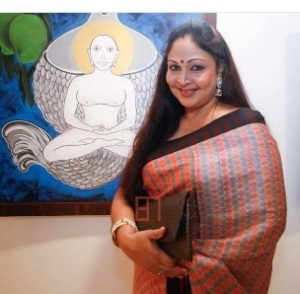 From time to time, we will keep this page updated with the latest news about Rati Agnihotri. Just stay connected with us.

Who is Rati Agnihotri?

What is the age of Rati Agnihotri?

What is the hometown of Rati Agnihotri?

Rati Agnihotri was born in Bareilly, UP in a Punjabi Family. Later, she moved to Chennai with her family. There she worked in South Indian Movies. Now, she is living in Mumbai.

Rati Agnihotri was married to an Architect and Businessman Anil Virwani in 1985. But, later, divorced in 2015.

Who is the husband of Rati Agnihotri?

Yes, Rati Agnihotri is divorced, She filed a complaint against her husband Anil Virwani for domestic violence and threatening to death. She was divorced from her husband in 2015.

Who is Rati Agnihotri son?

Tanuj Virwani is the son of Rati Agnihotri. She is living with her son in Mumbai after divorce.

What is the net worth of Rati Agnihotri?

The estimated net worth of Rati Agnihotri is $ 50 million.

Who is the sister of Rati Agnihotri?

Anita Agnihotri, who is a former Miss India and now Fashion Designer is the sister of Rati Agnihotri.