These days, the Internet and Social Media has become so powerful that these platforms can either make anyone or break anyone. Thankfully, Social Media has made the life of Ranu Mondal, who was a beggar and used to earn her living by singing on Ranaghat Railway Station. 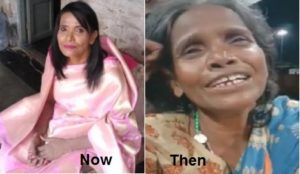 From a beggar at Ranaghat Railway Station to the Music Recording Studio of Himesh Reshammiya, we are here with the Ranu Monal Story. Read everything about Ranu Mondal through this page.

Latest Updates: Ranu Mondal Reveals that she is not new to Film Industry. Her husband has worked as a Cook at the Actor Feroz Khan House. Her second song Aadat with Himesh Reshammiya has also released. Read the details of Ranu Mondal Latest video by scrolling down in this page. She was married Twice. After the death of first husband, she has married again to a person from Mumbai. She had a son and daughter from her first husband and a son from her second husband. Both sons live with her second husband in Mumbai. Her daughter from the First Husband Sathi lives in West Bengal. She is a Divorcee and a single parent of a son.

One day, on July 2019, a person named Atindra Chakrabaourty made a video of Ranu Mondal while singing song Ek Pyaar Ka Nagma Hai. He uploaded the video on facebook. The video went viral on 21st July 2019. 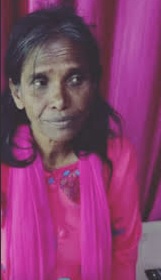 Note: Great salute to Atindra Chakraborty(Meet the Helping Hand of Ranu Mondal)who spent his precious time and made effort to help a stranger and beggar in becoming a singing star in Bollywood. He is continuously in touch with her and associated her in going to Mumbai and recording with Himesh Reshammiya. 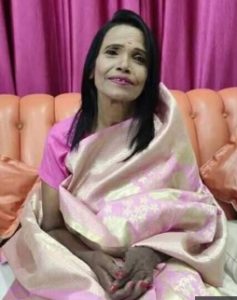 After that, she became the internet singing sensation overnight. Her voice reached the famous Music Composer and Singer Himesh Reshammiya. He called her for singing a song with him. 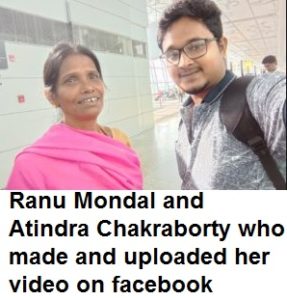 Later, he uploaded a video singing a song Teri Meri Kahani with Ranu Mondal. He wrote in the caption that he has recorded this song for the movie Happy Hardy and Heer.

Ranu Mondal belongs to a lower-middle-class family. She was born in 1959 in Ranaghat, West Bengal. Ranu was interested in singing since her childhood. She was a fan of Lata Mangeshkar’s Songs and love to sing her songs. When she was 20 years old, she wanted to sing in a club in West Bengal, but her family had not supported her at that time because of Social Pressure. 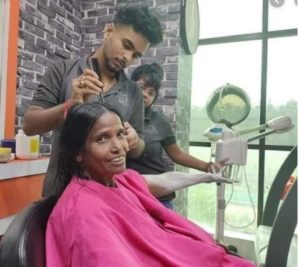 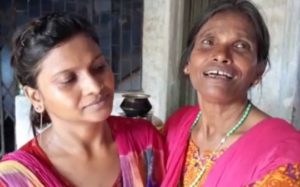 Ranu Mondal has a daughter who was ashamed of her mother because she used to sing and beg at the Railway Station. Ranu Mondal’s Daughter Name is Sati who has divorced with her husband and has a son. She earns her living by running a grocery shop. She has come back to her mother after 10 years after getting fame and money. Everyone is criticizing her daughter for leaving her mother for begging for 10 years.

After her viral video, Ranu Mondal was approached by many film production houses, Clubs from Bengal. Even a social welfare organization of Kerala also approached her and offer help to her. 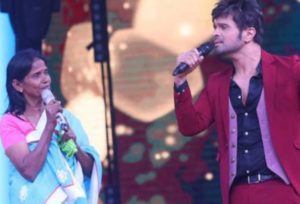 Later, she was seen in another video in which she is recording a song with Himesh Reshammiya. Himesh has officially informed that he has signed Ranu Mondal for the song Teri Meri Kahani for his next movie Happy, Hardy and Heer.

Ranu has also made a guest appearance in the TV Reality Singing Show Superstar Singer. At this show, she sang a song to impress Salmaan Khan.

While recording, Mr. Atindra Chakraborty was also present at the studio of Himesh Reshammiya. He thanked Himesh for giving this singing offer to Ranu Mondal. 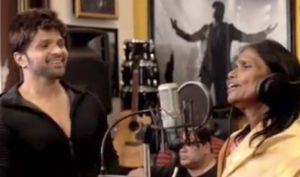 Atindra is a software engineer by profession and belongs to Ranaghat, West Bengal.

One year ago, Ranu Mondal’s Neighbour Tapan Daas had also shared her video of the singing song. But at that time, it could not get a big response.

Now, Ranu Mondal believes that this is her new birth. She will do riyaz for improving her singing skills and focus on her career.

These days, Ranu Mondal is the talk of the town. First, her video singing as beggar went viral. After that, the news and photos of her makeover went viral. Then her video in Himesh Rehshamiya studio recording a song for Happy Hardy and Heer movie went viral.

Now, another news is spreading about Ranu Mondal is that Salman Khan had gifted her a house of 55 Lakhs as she has no place to live in. Further, he also offered Ranu a song in his next movie Dabang 3. But, no official announcements are made by any party (neither by Salman Khan nor by Ranu Mondal) yet. As of now, we can say these are fake news as a close person of Salman Khan has also denied both the news.

Ranu Mondal and Feroz Khan Connection and Her Latest Interview

In her latest interview, Ranu Mondal has revealed some facts about her life and family. She revealed that she was not born on the footpath. Ranu belonged to a well-being family but circumstances lead her to live such a miserable life. She was separated from her parents when she was just 6 months old. Ranu Mondal was brought up by her uncle and aunt. They married her and she shifted with her husband to Mumbai.

She and her husband worked as a cook at the house of Late Actor Feroz Khan House. His Son Fardeen Khan was in College at that time. They had a house to live in Mumbai. But Life Changed after the death of Her Husband. She could not survive alone in her house in Mumbai and returned to Ranaghat. She could not get support from Family Here. So, She started singing at Ranaghat Railway Station.

.Telling about her future plans, she tells in her latest interview that she wants to settle down in Mumbai. She has got singing offers. As of now, she has recorded 5-6 songs. She wants to buy a house in Mumbai as it seems difficult to travel by air from her hometown to Mumbai for recordings. She denied the news of Gifting House by Salman Khan.

So, this was the full story of Ranu Mondal. From time to time, we will update this page. Just stay connected with us @ gulabigangofficial.in. What do you think about Ranu Modal, you can tell us by writing in the comment section. Thank You.

Who is Ranu Mondal?

Ranu Mondal was a beggar who turned into a singer in Bollywood after her video singing Ek Pyaar Ka Nagma Hai went viral on social media.

Why was Rau Mondal trolled?

Ranu Mondal was trolled for her heavy makeup look and for her attitude towards her fans asking for a selfie.

What is the story of Ranu Mondal?

One day, on July 2019, a person named Atindra Chakrabaourty made a video of Ranu Mondal while singing song Ek Pyaar Ka Nagma Hai. He uploaded the video on facebook. The video went viral on 21st July 2019.After that, she became the internet singing sensation overnight. Her voice reached the famous Music Composer and Singer Himesh Reshammiya. He called her for singing a song with him.

Who made Ranu Mondal famous?

Atindra Chakraborty made the video of Ranu Mondal singing a song. The song went viral and she got the singing offer from Bollywood Music Composer Himesh Reshammiya.

Who gave the first singing break to Ranu Mondal?

Which is the first song of Ranu Mondal?

The first song of Ranu Mondal was Teri Meri Kahani with Himesh Reshammiya for the movie Happy Hardy and Heer.

Have Ranu Mondal attitude problem after getting fame?

In November 2019, a video of Ranu Mondal went viral in which she was resisting a fan of her who want to take a selfie with her.

What did Lata Mangeshkar say about Ranu Mondal?

Lata Mangeshkar said that she feels fortunate if someone gets benefit from her work and name. But I feel that imitation is not reliable and durable companion for success.

What is the age of Ranu Mondal?

How much Ranu Mondal earning from singing?

As per the reports, Ranu Mondal got Rs. 6 Lacs to 7 Lacs for singing the song Teri Meri Kahani with Himesh Reshammiya. But, we are not sure about how much she charges for singing a song.