Pooja Dadwal is a former Indian Actress and Model. In 1995, she made her acting debut with the movie Veergati. In which, she was the co-actress of Salman Khan. She has survived with Tuberculosis with the help of Being Human Team last year.

Now, she is back in Mumbai and looking for acting work in the TV and Film Industry. For surviving, she is providing tiffin services from home. But, she wanted to be back in the acting field and make her name once again. 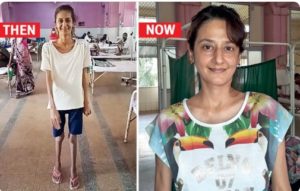 We have also activated links to Pooja Dadwal Instagram, Facebook, Twitter accounts, and Wikipedia Page. So that you can easily follow him. Just continue reading and scroll down till the end of this page.

Pooja Dadwal is a former Indian Actress. She has worked in Bollywood and Television Industry as well. She is known for acting in movies like Veergati (1995), Hindustan (2004) and Sindoor Ki Saugandh (2002).

She has acted in TV Serial Ashiqui in 1998 and 1999. But, later she got married and said goodbye to her acting career. But, due to Pooja Dadwal’s illness, her family left her.

She fought with her disease TB even after facing financial crisis and no family support. Salman Khans Charitable Organization Being Human helped Pooja Dadwal in her treatment for 6 months.

The age of Pooja Dadwal as in 2019 is 45 Years. She was born on 5th January 1974 in India. Her father’s name is Romesh Dadwal and Mother’s name is Neerja Dadwal. She has two younger sisters Drishti Dadwal and Antra Dadwal. 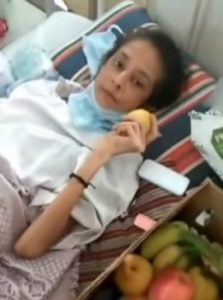 From the world of Glamour to fighting with TB, Pooja Dadwal has faced difficult days of her life all alone. She left her acting career for her married life and family. But that family left her at the time of her critical illness.

Due to Tuberculosis, she lost her weight from 52 kg to 25 kg. On 18th March 2018, she approached a news channel and requested Salman Khan to help her as she had no money for her treatment and survival. After this, a few people from the Film Industry came forward to help her. Rajendra Singh was also one of them.

During her treatment, she saw 9 deaths in front of her eyes in the hospital in which she was admitted. That time was very hard for her.

These days, Pooja Dadwal is living in Mumbai in a small flat. She is looking for some good work in the acting filed. In an interview, She said that she wanted to die as an actress. She is providing a tiffin service for earning money. But she wanted to make her name as an actress in Bollywood and TV Industry. She has learned acting from Kishore Namit Kapoor Acting Institute, Mumbai.

We wish her good luck in the future. God bless her with Good Health. Hopefully, we will see her soon acting on the Big Screen. We will update this page with the latest information related to Pooja Dadwal.

Who is Pooja Dadwal?

Pooja Dadwal is a former Indian Actress and Model. In 1995, she made her acting debut with the movie Veergati. She has survived with Tuberculosis with the help of Being Human Team. She has acted in TV Serial Ashiqui in 1998 and 1999

What is the age of Pooja Dadwal?

What is the hometown of Pooja Dadwal?

Pooja Dadwal is from Mumbai.

Which disease was Pooja Dadwal suffering from?

Pooja Dadwal was suffering from Tuberculosis.

Who helped Pooja Dadwal in the treatment of her illness?

Salman Khan and his NGO Being Human helped Pooja Dadwal in the treatment of her illness.

Yes, Pooja Dadwal is married. But his husband has left her due to her illness.

Who is the husband of Pooja Dadwal?

What is the name of the movie of Pooja Dadwal with Salman Khan?

Veergati (1995). It was her debut movie with Salman Khan.

Where is Pooja Dadwal?

Pooja Dadwal is currently living in Mumbai and looking for some good work in the Film and TV Industry. She is also providing Tiffin service from her home for income.

What does Pooja Dadwal to earn her livings?

For surviving, she is providing tiffin services from home. But, she wanted to be back in the acting field and make her name once again.