Parineeti Chopra is an Indian Actress and Singer. She is the sister of Bollywood and Hollywood Actress Priyanka Chopra. Parineeti Chopra started her acting career in Bollywood in 2011 with the movie Ladies vs Ricky Bahl. She made her singing debut in 2017 by singing a song in her movie Meri Pyari Bindu and the song was Maana Ke Hum Yaar Nahin. 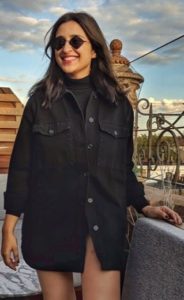 We have also activated links to Parineeti Chopra Instagram, Facebook, Twitter accounts, and Wikipedia Page. So that you can easily follow her. Just continue reading and scroll down till the end of this page.

Parineeti Chopra is a very talented and dedicated actress of Bollywood. She lost 25 kg weight before entering into Bollywood.

Parineeti was a very good student since childhood and wanted to become an investment banker. For this dream, she went to England for higher studies. She received a triple honors degree in business, finance, and economics from Manchester Business School. In London, she also worked as Team Leader in the Catering Department for Manchester United Football Club. Besides, Parineeti Chopra is a trained Hindustani Classical Singer and has a BA Hons in Music Degree. 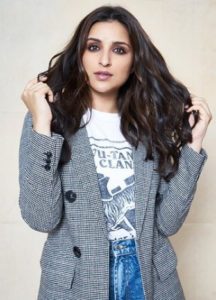 In 2009, she returned to India as she was not getting any job in London due to recession. Parineeti stayed in Mumbai with her cousin Priyanka Chopra. Here, she worked in PR Team of Yash Raj Films. 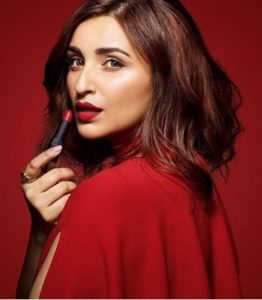 She has also worked as a Personal Assistant of the actress Rani Mukharjee. Rani suggested her to make her career in acting. But, she was not interested in movies and acting as she does not like wearing too much makeup. Later, her mind changed when she observed preparations by Priyanka Chopra for her movie 7 Khoon Maaf. 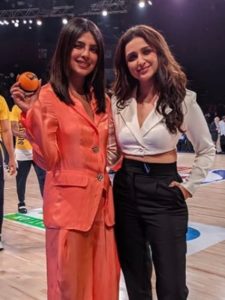 Talking about Parineeti Chopra Age, she has turned 31 years as in 2019. Her height is 5 feet 5 inches and weight is approx 58 kg.

She lives in a Sea-facing Flat in Bandra, Mumbai. Parineeti likes dancing, singing, reading, Swimming, Workout, and meditation. She is a big foody.

Boyfriend of Parineeti Chopra: There were rumors about Parineeti Chopra’s boyfriend that she is in a relationship with director Maneesh Sharma. Later, her name was linked with Charit Desai, Assistant Director. But, all these are just rumors and she is single.

Parineeti Chopra Husband: As of now, she is not married. So, we can’t tell you about her husband’s name. But, she is planning to get married soon. In her latest tweet on the first karwachauth pic of Priyanka Chopra and Nick Jonas, she gave a hint that she is the next one to get married soon by saying Now My Turn. Here is her tweet:

She made her acting debut with the movie Ladies vs Ricky Bahl. But, in lead role, her first movie was Ishqzaade in 2012 starring Parineeti Chopra and Arjun Kapoor. After that, she appeared in many Hindi movies like Shudh Desi Romance, Hasee to Phasee, Daawat-e-Ishq, Kill Dill, Dishoom, Meri Pyari Bindu, Golmaal Again, Namaste England, Kesari, Jabariya Jodi.

In the Kesari movie, Parineeti Chopra played the character of the Dead Wife of Akshey Kuma. Besides, she sang a song in Kesari Movie i.e. Teri Mitti. 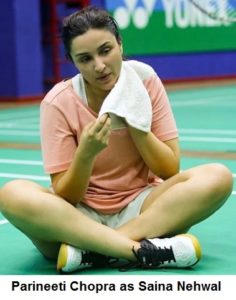 Parineeti Chopra Latest Song is from Kesari Movie and the song name is Teri Mitti.

In the movie Meri Pyari Bindu, Parineeti played the role of a Bengali girl. Parineeti and Ayushmaan Khurana appeared in his movie. She has sung a song for this movie, which is her debut song in Bollywood – Maana Ke Hum Yaar Nahin.

Parineeti as Voice Over Artist

Till January 2016, she has received 22 awards including a National Film Award, one each from the Filmfare, Screen and Zee Cine Awards, and two awards each from the Producers Guild and International Indian Film Academy Awards (IIFA). For more details about awards received by Parineeti Chopra, click here.

How is Parineeti Chopra and Priyanka Chopra related?

What is the age of Parineeti Chopra?

What is the hometown of Parineeti Chopra?

Parineeti Chopra was born and brought up in Ambala, Haryana. Now, she lives in Mumbai.

Who is the husband of Parineeti Chopra?

What is the net worth of Parineeti Chopra?

The estimated net worth of Parineeti Chopra is $7 Million.

Who is the father of Paineeti Chopra?

Pawan Chopra is the father of Parineeti Chopra.

How did Parineeti Chopra lose weight?

The weight loss journey for Parineeti Chopra was a bit tough as she loves food. But, she achieved the goal of weight loss by her willpower. She followed the proper diet and exercise program.

Was Parineeti Chopra a topper in Class XII?

Yes, Parineeti Chopra was the all India Topper in Class XII. She was regarded by the president of India.

Who is the real sister of Parineeti Chopra?

Parineeti Chopra has two brothers – Shivan Chopra and Sahaj Chopra. She does not have a real sister. Priyanka Chopra is her cousin.