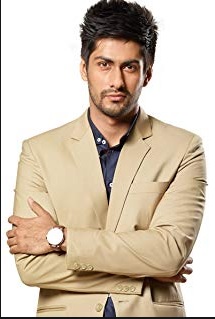 Namit Khanna is an Indian Super Model who was born in London on 29th October 1985. He has also acted in one Bollywood movie Bang Bang Bangkok in the year 2013.

But he got an appraisal for acting in web series Twisted with Nia Sharma and get popular for the lead role in TV Serial Ye Pyaar Nahin to Kya Hai in the year 2018. Now, He is going to play the lead role of Dr. Sid opposite Surbhi Chandna in TV Serial Sanjeevni 2. 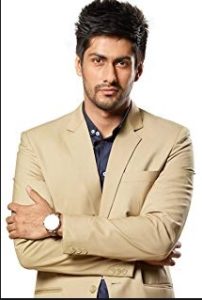 Namit Khanna is a multi-talented personality. He is a supermodel, Actor, Photographer, Traveller, Blogger.

Namit Khanna has started his career as Model at the age of 19. By the time, he became a Supermodel and walked on the ramps of many Fashion weeks, such as Lakme Fashion Weeks and Men’s Fashion Weeks.

He started acting in a Bollywood movie Bang Bang Bangkok in the year 2013, which could not do well at the box office. After a long time, he acted in a web series with Nia Sharma. His acting in that web series got appreciation. After that, he made his debut on Indian Television with TV Serial Ye Pyar Nahin To Kya Hai. He was in the lead role in this show and this show gave the popularity that he deserved. Currently, he is selected for playing the lead role of Dr. Sid opposite Surbhi Chandna in the reboot of Sanjeevani – A Medical Boon.

Namit Khanna loves Modelling, Travelling, Gyming. But Photography is his passion. His favorite actors are Amitabh Bachchan and Rajnikanth and Favorite Actresses are Rani Mukherji and Priety Zinta. Though he loves traveling, his favorite destination is his birthplace i.e. London. In his free time, he loves to do photography. Namit Khanna also works as a photographer for Mumbai-based models and magazines.

His latest show is going to be aired on 12th August 2019 on Star Plus i.e. Sanjeevani. This is a reboot of the hit TV Serial of 2002 Sanjeevani – A Medical Boon. Namit Khanna will depict the role of Mr. Sidhhartha (Shortly Known as Sid). He is in a lead role in this show opposite Surbhi Chandna (Ishqbaaz starer Anika). Everybody is looking forward to seeing their chemistry, especially 1990s kids who grown up watching Sanjeevani TV Serial. Namit Khanna was born and brought up in London as his father Mr. Nawal Khanna is a London Based Businessman. Currently, his parents live in Delhi. Nawal Khanna is a businessman and owner of Indoor Sports Interior Company named Indesign International.

Namit Khanna Sister Suhana Manchanda is a Delhi Based Interior Designer. He follows Hindu religion and belongs to a Punjabi-Sikh Caste. Talking about his personal life, he is not married yet, nor he is in any relationship with anyone. There were rumors about Namit Khanna and Surbhi Chandna Relationship as they are co-actors in Sanjeevani right now. But, Namit Khanna has clarified that he is single and not have any marriage plans until now.

Stay connected with gulabigangofficial.in for more updates, latest news, and gossips about Namit Khanna and full star cast of Sanjeevani 2. If you want to ask anything about Namit Khanna, then mention it in the comment box given below. Thank you.

Who is Namit Khanna?

Namit Khanna is a popular TV Actor currently playing the character of Dr. Sid in Sanjeevani. He is an Actor, Super Model, and Photographer.

Who plays the role of Dr. Sid in Sanjeevani reboot in 2020?

What is the age of Namit Khanna?

What is the hometown of Namit Khanna?

Namit Khanna was born and brought up in London. His current place is Mumbai, India.

Who is the girlfriend of Namit Khanna?

What is the net worth of Namit Khanna?

The estimated net worth of Namit Khanna is $ 5 million.

No, Namit Khanna and Surbhi Chandana will continue to be a part of Sanjeevani after a 3-years leap in the TV Serial.