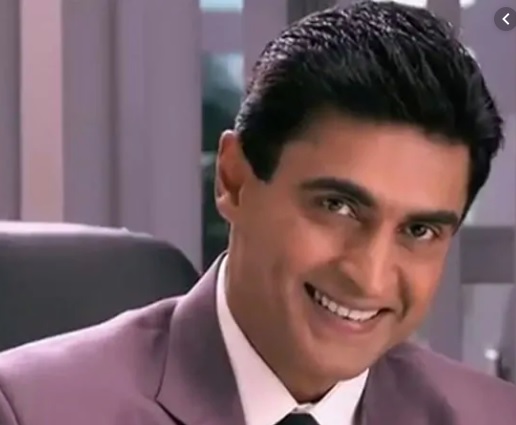 Mohnish Bahl is a very famous Indian actor of Indian Film Industry and Indian Television Industry as well. Mohnish was born on 14th August 1961. He is the only son of Nutan (the famous Indian Actress) and Lieutenant-Commander Rajnish Bahl. He is a member of the Mukherjee-Samarth family.

Mohnish Bahl is the nephew of actress Tanuja and cousin of actresses Kajol Devgan and Tanisha Mukherjee.

Mohnish Bahl is a popular name in Bollywood and Indian Television Industry. Though he has not played lead roles in movies, yet he made his name by putting life in his roles. 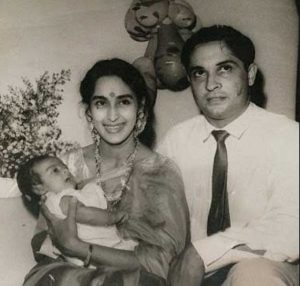 Mohnish Bahl is the son of the famous actress Nutan and Lieutenant-Commander Rajnish Bahl. His mother Nutan died of Breast Cancer, and he lost his father in a Fire Accident in his flat in Colaba, Mumbai. He is the only son of his parents and has no siblings. He is a prestigious member of the Mukherjee-Samarth family.

He is married to the 90s actress Ektaa Bahl. She left her acting career after marriage and kids. Ekta Bahl has acted in movies like Tahalkaa, Nazar Ke Saamne, Vaah Life ho to Aisi. 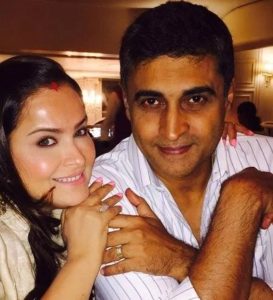 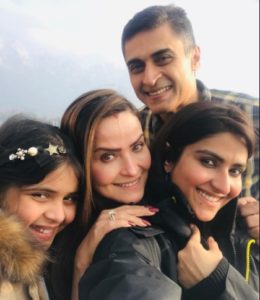 Pranutan Bahl is also an actress and she made her debut in the year 2019 with the Movie Notebook produced by Salman Khaan.

Mohnish started his career with the film Bekaraar in the year 1983, but he became famous after playing a villain character in the film Maine Pyar Kiya in 1989. After this movie, his career transformed and he became an in-demand villain and Character Actor. Other outstanding jobs he did was in Deewana, Hum Aapke Hain Koun…!, Hum Saath Hain, Vivah.  He was a standard in Sooraj R. Barjatya movies. He has also made his name in the Indian Television Industry. Mohnish Bahl Debut on Indian Television was the TV Serial Isi Bahane on DD National in 1988-89. After that, he played a negative role in TV Serial Devi in 2002-04. At the same time, during 2002-05, he also played Dr. Shashank Gupta in Sanjeevani. He played this character so well that the public still likes to call him Dr. Shashank.

He also played the same character in the sequel of Sanjeevani called Dill Mill Gaye. Now, in the year 2019, he is again playing the same role as Dr. Shashank in Sanjeevani – a reboot. Some other notable tv serials of Mohnish Bahl are – Ek Ladki Anjaani Si, Kahani Ghar Ghar Ki, Kuch Toh Log Kahenge, Kayamath.

Mohnish Bahl has won the Best Actor Award by ITA Awards for Sanjeevani in 2002 and 2003. In the same year, he won Indian Telly Awards fpr Best Actor in a Negative Role for Devi(Sony TV). In 2006, he got Best Actor Negative for TV Show Ek Ladki Anjaani Si. In Movies, he was nominated for Filmfare Best Supporting Actor Awards for Hum Aapke Hain Kaun and Hum Sath Sath Hain.

If you are also a fan of Mohnish Bahl and want to follow him for his reboot of Sanjeevani as Dr. Shashank, then stay connected with gulabigangofficial.in. On 14th August 2019, Mohnish Bahl Birthday is coming. You can wish him by writing in the comment section given below. Thank you.

What is the real name of Dr. Shashank?

Mohnish Bahl is playing the role of Dr. Shashank in Tv Serial Sanjeevani on Star Plus.

Yes, Mohnish Bahl left the Tv Serial Sanjeevani as his character in Sanjeevani 2020 is died.

What is the age of Mohnish Bahl?

Who is the father of Mohnish Bahl?

Lieutenant-Commander Rajnish Bahl is the father of Mohnish Bahl.

How did Mohnish Bahl’s father die?

Mohnish Bahl father died in a fire accident in his flat in the 32-storeyed apartment complex in upscale Colaba in South Mumbai. This incident had happend in August 2004.

Who is the mother of Mohnish Bahl?

Late actress Nutan was the mother of Mohnish Bahl.

Who is the wife of Mohnish Bahl?

Ekta Sohini is the wife of Mohnish Bahl. She left acting after marriage. She is also known as Ekta Bahl or Arti Bahl.

How many children have Mohnish Bahl?

What is the net worth of Mohnish Bahl?

The estimated net worth of Mohnish Bahl is $ 70 to 80 million.

How is Mohnish Bahl related to Kajol Devgan and Tanisha Mukharjee?

Mohnish Bahl is the nephew of actress Tanuja and cousin of Kajol Devgan and Tanisha Mukharjee.