Madhurima Tuli is an Indian actress who has worked in Bollywood, South Indian Cinema, and Indian Television Industry as well. She is popular for her role in Tv Serial Chandrakanta in Colors TV. Madhurima is the only female contestant in Bigg Boss History who is eliminated by Bigg Boss for fighting physically with co-contestant Vishal Aditya Singh. She beat Vishal with a pan in the BB13 House.

We have also activated links to Madhurima Tuli Instagram, Facebook, Twitter accounts, and Wikipedia Page. So that you can easily follow her. Just continue reading and scroll down till the end of this page. 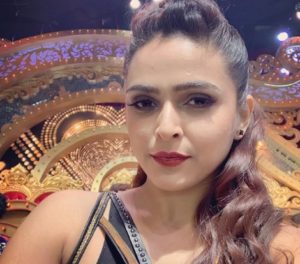 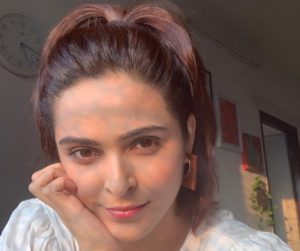 Madhurima Tuli has started her career as a model during her college days. She won the title Miss Uttarakhand when she was studying in a college in Dehradun. After that, she got Ads assignments. Her first acting debut was a Telugu movie in 2008 named Homam. In this movie, Madhurima Tuli was in lead role and played the character of Satya in this movie.

Also Read about these Celebrities from South India

She started her career with Tamil and Telugu Movies in 2008. She has also acted in a Kannada Movie Nimbe Huli. 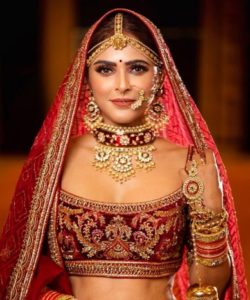 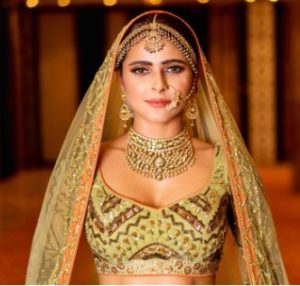 In 2019, she has also acted in a web series Avrodh made on Uri Surgical Strike.

Madhurima Tuli was born on 19th August 1986 in Odisa. She belongs to Garhwali Family and hails from Dehradun, Uttarakhand. Her father Parveen Tuli works in Tata Steel and Mother Vijaya Pant Tuli is a Mountaineer. 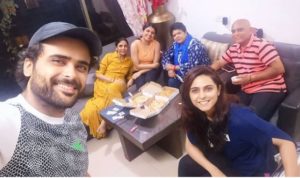 She has a younger brother Shrikant Tuli who is a director, editor, and Mountaineer also. 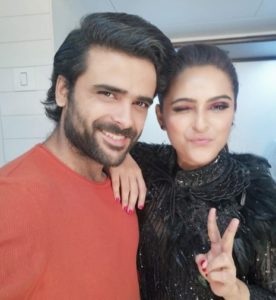 Actress Madhurima Tuli Age as in 2019 is 33 years. She is unmarried. Actor Vishal Aditya Singh was her boyfriend, but they broke up due to some fights between them. Now, Madhurima Tuli is single. 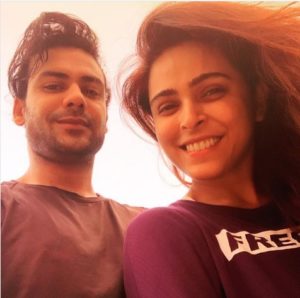 As the Bigg Boss Season 13 is doing very well in terms of TRP, the channel decided to extend this season of Bigg Boss for 5 weeks. Now, the finale will be telecasted in Feb 2020. To make the show more interesting, Bigg Boss has added three contestants as wild card entry and Madhurima Tuli is one of them. 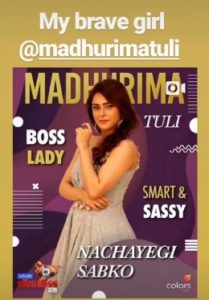 She has a bitter relationship with contestant Vishal Aditya Singh. She has entered the house along with Shefali Bagga and Arhaan Khan.

Madhurima Tuli and Vishal Aditya Singh came together while working in the TV Serial Chandrakanta on Colors TV. People liked their on-screen Jodi. But, they broke up due to some personal reasons.

This season of Nach Baliye 9, there was a concept of Ex-Jodis coming together for dance. For this, Madhurima Tuli and Vishal Aditya Singh were approached and they said yes. 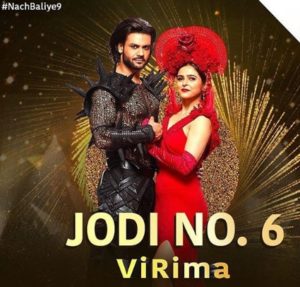 They have participated in the Nach Baliye 9 as an Ex-Jodi Virima. Their Jodi No. was 6. Once they were evicted because of poor performance. But they got another chance as a wild card entry. This time they came back with a bang. They reached the finale and were the first-runner up in that show.

Both were famous for their fights and dance as well in Nach Baliye 9. Once, they had Physical fights and abuses each other and Team of Nach Baliye intervened to stop them.

The audience wants them to patch up as they liked this Jodi of Virima. Now, Both are coming together in Bigg Boss 13 house as contestants. It will be interesting to see whether they will fight in the house or patch up and give a second chance to their relationship.

What is the age of Madhurima Tuli?

Who is the boyfriend of Madhurima Tuli?

Why did Madhurima Tuli leave the TV Serial Kumkum Bhagya?

Madhurima was playing the role of Tanu in Zee Tv Serial Kumkum Bhagya. But, she left this serial as she got a role in a movie.

What is the relationship status of Madhurima Tuli and Vishal Aditya Singh after Bigg Boss 13?

It’s complicated. They have announced a breakup in Bigg Boss House. Yet, you can see them partying together.