Lucky Dancer is the screen name given to the very popular dancer and TikTok star, Aryan Khan, by his fans. He is a well-known Indian dancer, model, social media influencer, and tik-tok star by profession. He is highly well noted for “Being the TikTok star” and gained huge popularity on that platform. He was born on the 4th of September, 2001 and he is currently 20 years old. He was born in, and spent the entirety of his childhood in New Delhi, India. He is a Virgo and is an Indian by nationality. His hobbies are Travelling and Photography. He is currently unmarried. He has two siblings. His sister’s name is Tanya Khan and his brother’s name is Salman Khan, both of whom are extremely supportive of his career. His favourite colors are Black, Red and Orange. In 2019, he got his big break in the song “Yaara 2”, in which he starred alongside Mamta Sharma. This song garnered him widespread appreciation. He also made an appearance in the Hindi private music video song “Dildari”, that recieved wide acclaim and the love of all of his fans and audiences. 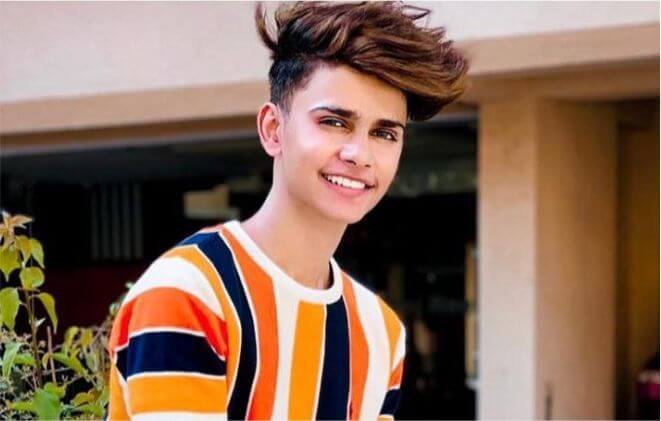 Right after he came online with his youtube channel and social media, people began to  recognize his talent and his hard work. This actor is also quite famous among the audience for his looks and his hairstyle. Lucky is extremely active on all the social media platforms and he constantly tries to interact with his fans. He has a huge and widespread following of more than 2.5 million on the very popular social media site, instagram. Not only is he passionate about dance, but he is also a complete fitness freak. He never misses the gym and caters some of his time to working out everyday, irrespective of his busy schedule.

His favorite actors are Shah Rukh Khan and Alia Bhatt. Some of his favorite singers are Justin Bieber, Zayn Malik, Girikk Amaan and Danish Alfaaz. Lucky Dancer also owns a dance workshop where he teaches dance to all those who are passionate. He also loves spending time with his friends, whenever he is free. He is someone who believes in doing what one loves in order to achieve success.