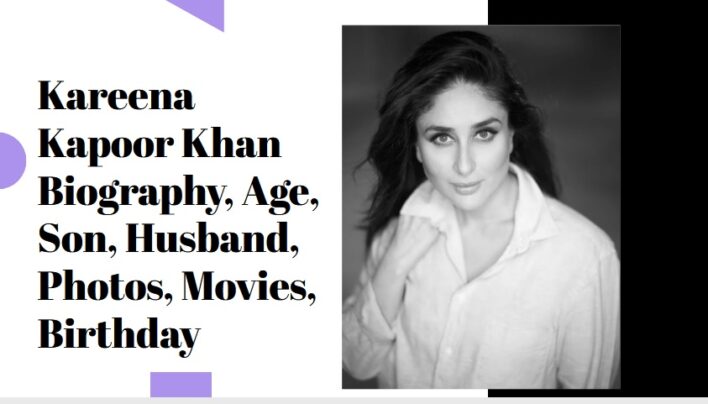 Today, we will take you through the life and lifestyle of Kareena Kapoor Khan. She is an extremely talented actress, Super Model, and now a judge on TV Reality Show Dance Indian Dance.

Kareena Kapoor Khan is pregnant with her second child and delivery is expected in 2021. In Jan 2021, Kareena and Saif Ali Khan shifted to their new house in Mumbai.

Born on 21st September 1980, Kareena Kapoor Khan is one of the most popular and highest-paid actresses of Bollywood. She is born in the famous Kapoor Khandaan, so, acting is in her blood.

Initially, her parents were against Karishma Kapoor and Kareena Kapoor to enter the glamour world. But, later they agreed for it.

Kareena Kapoor has played a variety of characters in her films like Romantic Roles, Comedy, Negative Role, Drama, etc. She made her debut in Bollywood with the movie Refugee with Abhishekh Bachchan in the year 2000. Now, its gonna be two decades working in Bollywood. In these years, Kareena Kapoor has established herself in Hindi Cinema.

Kareena Kapoor was born on 21st September 1980 in Bombay(now Mumbai). Her nickname is Bebo. Randhir Kapoor is her father and Babita Kapoor is her mother. Her elder sister is Karishma Kapoor.

She is the Paternal Granddaughter of the Great Actor Raj Kapoor, and Maternal Grand Daughter of Actor Hari Shivdasani. Actor Rishi Kapoor is her Uncle.

Marriage of Kareena Kapoor: Kareena Kapoor was married to the actor Saif Ali Khan on 16th October 2012. After being in a relationship for 5 years, they tied into a knot in the year 2012. Since then she is known as Kareena Kapoor Khan aka KKK. Both are blessed with a son Taimur Ali Khan on 20th December 2016.

She is stepmom of the actress Sara Ali Khan and Ibrahim Khan. Her Mother-in-Law is Sharmila Tagore and Sisters-in-Law are Soha Ali Khan and Saba Ali Khan.

The Gorgeous Kareena Kapoor started acting with the Debut Movie Refugee in 2000. The movie could not do well at the box office but her performance as a Pakistani Girl was praised by everyone.

Her movies Mujhse Dosti Karoge, Jeena Sirf Mere Liye, Talaash, Khushi, Main Prem Ki Deewani Hoon, LOC Kargil could not do well at the box-office. But Chameli movie was the turning point of her career, where she played the character of a Prostitute. This movie was a great risk for her career and she made it a big success in her career. After this movie, she started selecting and rejecting her character in the movies seriously.

She was extremely praised for her roles played in movies listed below:

Besides Acting Career, she has established herself as a Fashion Designer, Style Icon, Writer, Judge on Dance Reality Tv Show Dance India.

She has also hosted a Radio Show What Women Want in collaboration with Ishq FM.

She is the first Indian actress to launch her own line of Clothing for Women. In August 218, Kareena Kapoor Khan collaborated with Lakme Cosmetics and launched her own line of cosmetics.

She is the co-author of the Books like Don’t Lose Your Mind, Lose Your Weight and Women and The Weight Loss Tamasha with Rujuta Diwekar. One more book for which she is a co-author is The Style Diary of a Bollywood Diva Co-written with Rochelle Pinto.

These days, all Celebrities are using social media platform to interact with Public and their fans. Bebo is also no more exception in this race. She has millions of followers on Twitter, Facebook, and Instagram. We have provided the links in the above table.

Kareena Kapoor has risen as one of the most highly compensated female brand ambassador in India. She has embraced different brands, for example, Sony, Head and Shoulders, Colgate, Rasna, Limca, Vivel Soaps, Berger Paints, Emami, ICI Paints, Boro Plus, Globus, and Airtel. She allegedly charges about Rs 3-4 crore for every endorsement. Kareena is very choosy in selecting Brands to be endorsed by her.
In the year 2019, Kareena Kapoor has charged Rs. 11 Crore for endorsement of a Heath Drink Brand.

We hope that you like the information provided by us. We wish Kareena Kapoor Happy Birthday in advance.

What is the net worth of Kareena Kapoor?

The net worth of Kareena Kapoor Khan is $12 Million.

Who is the husband of Kareena Kapoor?

No, Kareena Kapoor Khan is a non-vegetarian.

Who is the son of Kareena Kapoor?

What is the relationship between Kareena Kapoor Khan and Sara Ali Khan?

Kareena Kapoor Khan is the step-mother of Sara Ali Khan.