But, she got recognition from her second film Qayamat Se Qayamat Tak in the year 1988. This movie was a big hit and she won the Filmfare Award for this movie. After that, she gave back-to-back hit movies in the 1990s like Pratibandh, Bol Radha Bol, Aaina, Hum Hain Rahi Pyaar Ke, Darr, Ram Janne, Deewana Mastana, Yes Boss, Ishq, Arjun Pandit. 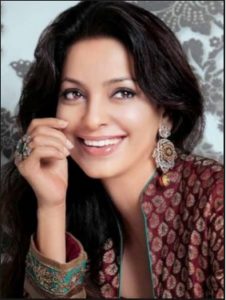 Whether her movie is a hit or underperforms at the box office, yet her performance is always appraised by public and critics. Her comic timing and lively & Bubbly On-screen Personality has no match in Bollywood.

Read further to know about the life of Juhi Chawla like her Husband, Family, Acting Career, Awards & Nominations, Likes, Dislikes & Favorite things, and some unknown facts of her life.

Juhi Chawla was born in Ludhiana, Punjab in a Punjabi Family. Her father Late Dr. S. Chawla was an officer at the Indian Revenue Services. Her mother Late Mona Chawla was in the housekeeping department of Oberois.

Her Brother Sanjeev(Bobby) Chawla was the former CEO of Red Chillies Entertainment, who suffered a stroke in 2010 and after being in a coma for 4 years, died on 9th March 2014. Her sister, Sonia had died from cancer on 30th October 2012. 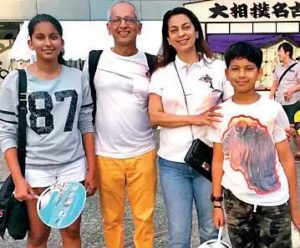 The acting career of Juhi Chawla was its peak during 1990s i.e. from 1989 to 1999. These years were the golden years for her career. All her films were successful at that time. 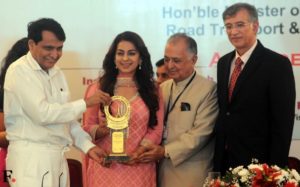 Stay connected with this site i.e. gulabigangofficial.in to get the latest updates about your favorite celebrity, latest movies, TV Shows, etc. Thank You

Where is Juhi Chawla from?

Juhi Chawla is from Ludhiana, Punjab.

What is the age of Juhi Chawla?

Who is the husband of Juhi Chawla?

Jay Mehta (Industrialist) is the husband of Juhi Chawla.

Which IPL Team is owned by Juhi Chawla and Jay Mehta?

What is the net worth of Juhi Chawla?

The estimated net worth of Juhi Chawla is Rs. 50 Crores. The net worth of her husband Jay Mehta is $ 350 Million.

How has the brother of Juhi Chawla died?

The brother of Juhi Chawla is Sanjeev Chawla aka Boby Chawla. He was the former CEO of Red Chillies Entertainment, who suffered a stroke in 2010 and after being in a coma for 4 years, died on 9th March 2014. Her sister, Sonia had died from cancer on 30th October 2012.