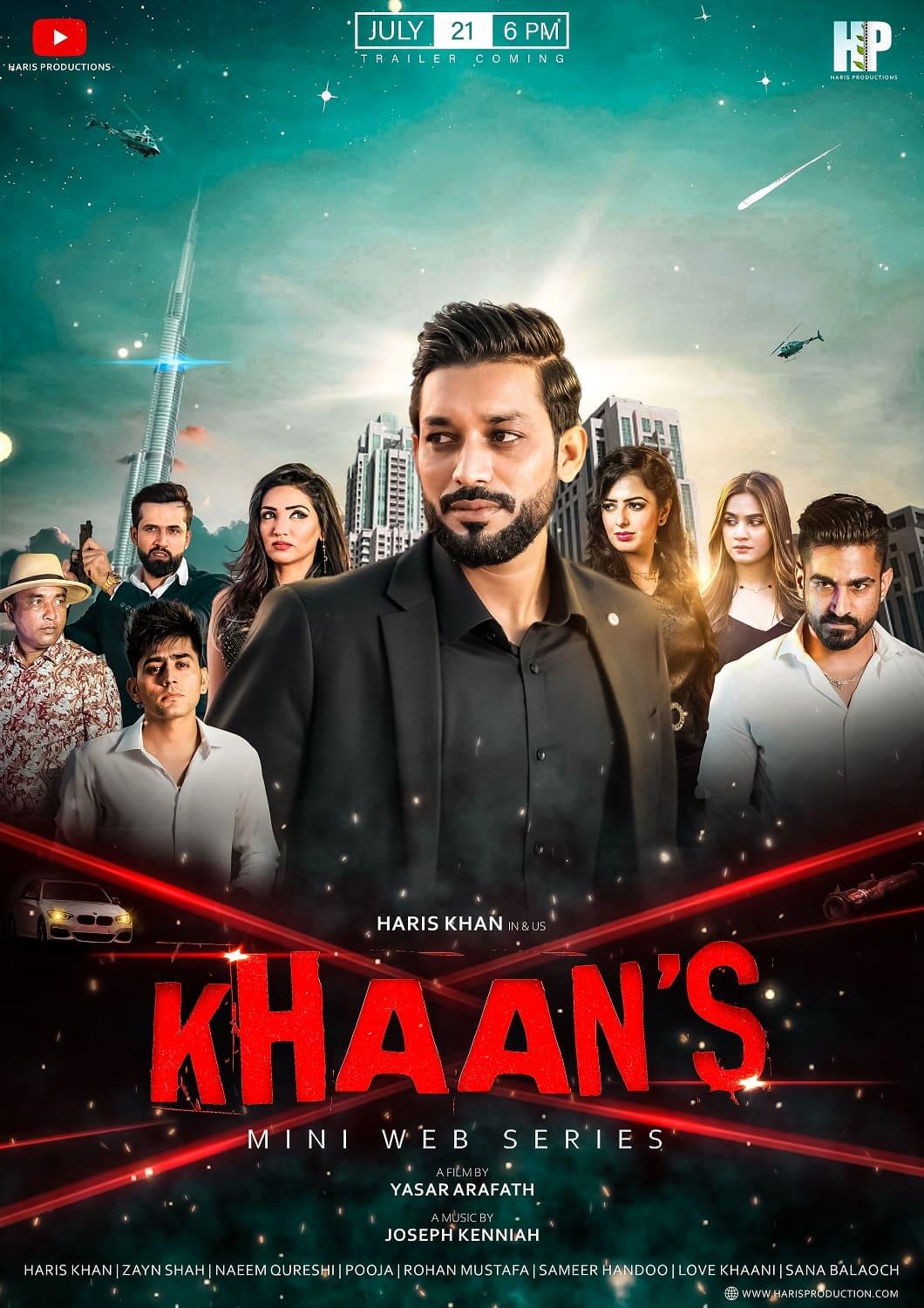 A Haris Khan produced web series, Khaan’s is all ready to hit the screens on July 21, 2021. The teaser gives us a glimpse of the excellent look and acting skills of all lead characters with action thrills and chills. What’s up for entertainment is far beyond imagination. So here is all you need to know about the upcoming thriller, Khaan’s.

Story, Cast and the Team of Khaan’s

Based on a mafia story, Khaan’s is set to rock in Dubai with stars Haris Khan and Love Khaani in Lead roles. The film is directed by Yasar Arafat. The producer of the series is seen playing the protagonist with his killer looks in the teaser launched in May 2021.

The cinematography for the mini-series is a collaboration of Yasar Arafat and Akamal Khan. Also, the layout of the sound design and music background for Khaan’s is the work of Joseph Kenaniah. The teaser portrays Haris Khan and his co-artist Love Khaani sharing dialogues giving a distinctive and suspenseful touch to the launch.

When is the Trailer and Poster Releasing?

With more than ten thousand views on the teaser, the production is all set to launch its trailer and release its poster very soon. The poster is all set to launch on the occasion of Eid-Al Azha. Although there is a plethora of content available on the Internet, Haris Khan wanted to bring something completely unique and interesting for his viewers.

Besides this, as per the producer, the web series will have a total of three seasons with 30 episodes each.

Idea Behind Producing a Mini-Series

In order to make the monotonous binge-watching exciting, Haris Khan is ready to kick off the digital world with his amazing upcoming sensation. Khan has also taken this initiative in order to give a platform to the audience in U.A.E to showcase their talent.

The series will be telecasted on YouTube. You can stream the mini web series on the official YouTube channel of Haris Productions.