Hacked is the upcoming Bollywood Movie directed by Vikram Bhatt. TV Actress Hina Khan is going to make her Bollywood debut with this movie. Hacked is a Psychological Thriller Movie based on Social Media hacking and cybercrime. Rohan Shah will appear in a negative lead role in this movie. 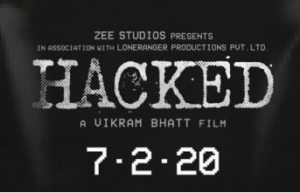 Read everything about the movie Hacked. Here, you will get the information about the Star Cast of this movie, Release Date, Watch Trailer, Download Songs, Reviews, and Box Office Collection.

We have also added the video of Official Trailer of Hacked on this page and a few important links are also provided on this page. Just scroll down, read everything, and watch the official trailer of the Movie Hacked. 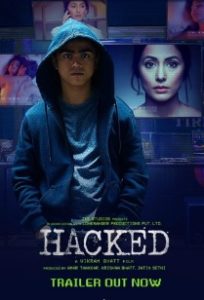 Hacked Movie is a thriller movie produced by Amar Thakkar and Krishna Bhatt. Zee Studios and Zee Music Company has released the official trailer and songs of this movie on 19th Jan 2020. The story of Hacked is written by Vikram Bhatt and Saiyf Jilani.

Official Trailer of Hacked is out and available on youtube. This movie will release on 7th Feb 2020. The movie is directed by Vikram Bhatt who is a very popular director known for his work in Bollywood. He has directed movies like 1920, Raaz, Haunted, and many other hit movies.

The trailer is interesting and raises curiosity among viewers to watch the movie in theatres from 7th Feb 2020.

The story of Hacked is based on Psychological Thriller and Social Media Hacking. That is why the name of the movie is Hacked.

In the lead role, Hina Khan will play the character of a Fashion Magazine Editor, Sameera Khanna aka Sam. Rohan Shah will play the role of a 19 years boy who falls in love with Sameera who is older than him. He got obsessed with her and could not take rejection. To take revenge, he hacked all social media accounts of Sameera and creates trouble for her.

In movie Hacked, Hina Khan and Rohan Shah will be in lead roles. Mohit Malhotra, Sid Makkar are in supporting roles.

Hacked Theme Music is given by Sunny and Inder Bawra.

Other songs of Hacked are:

We will soon update this section as the movie Hacked is still not released. Hacked Released Date is 7th February 2020. This movie will have a direct fight with Malang Movie releasing on 7th Feb 2020 and Kartik Aryan Starring Movie Love Aaj Kal which will release on 14th Feb 2020.

Do watch this movie Hacked in theatres on 7th Feb 2020. You can book your tickets online from Book My Show. Share your experience of watching Hacked Movie with us.

If you want to know about any movie, you can write to us using the comment section given below. After the release of the movie Hacked, we will update this page for Hacked Review and Box Office Collection Info. So Stay with us and Like our FB Page – Follow Your Celebrity. Thank you.