Gunja Kapoor is an Indian woman who was arrested from Shaheen Bagh Protest. She was wearing Burqa and hiding a camera in her burqa. By profession, she is a YouTuber and runs a youtube channel based on Indian Politics. Gunja Kapoor is also very active on social media like Twitter and Facebook. 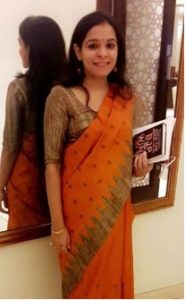 Gunja Kapoor is in news these days. She is the woman, who attended the Shaheen Bagh Protest wearing a Burqa. Gunja was hiding a camera in her burqa to record everything happening there, maybe for her youtube channel.

She was suspected by other women who came for protesting and there was a lot of uproar against her. After that, the Delhi Police came to take her safely from there. She got arrested and after lots of inquiries, Delhi Police released her.

People are gathering in Shaheen Bagh, Delhi to protest the Indian Government against CAA and NRC. She has also uploaded videos analyzing the situations in Shaheen Bagh’s protest on her Youtube Channel.

Youtuber Gunja Kapoor hails from Lucknow, India. She described herself as Analyst and Amateur Writer on Twitter. 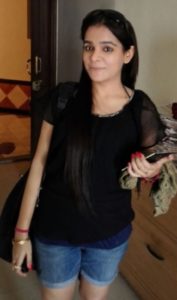 Besides, she has worked as an author for different sites and her articles are published in leading newspapers. She has also worked as a Fellow and Associate at Pahle India Foundation i.e. PIF in Delhi. Gunja was an analyst at Everstone Group in Mumbai for 9 months. From 2012 to 2015, she had been working as a Senior Analyst in CRISIL Limited, Mumbai. 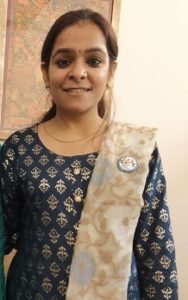 Gunja Kapoor went to La Martinier Girls College, Lucknow. From 2001 to 2003, she attended the D.G. Ruparel College and passed 12th Class in Maths and Science.

From 2003 to 2007, she attended Visvesvaraya Technological University for pursuing B.E. in Computer Science.

After that, she attended Xavier Institue of Management for pursuing PGDM in Finance from 2009 to 2011.

Gunja Kapoor has started her own youtube channel named Right Narrative on 29th November 2018. As on 6th Feb 2020, the channel has 7.34K Subscribers.

In the description section of the youtube channel of Gunja Kapoor, she has written that Right Narrative is an online initiative that aims to communicate facts & policy interventions backed by data & credible readings. In an ecosystem inundated with information, it is becoming exceedingly difficult to separate the grain from the chaff. We at Right Narrative aim to deliver facts, bust myths & allow our valuable viewers to form their own independent opinion.

Human is an intelligent being and we trust each of us to have a valid reason for our opinion. In our bid to create an informed society, we hope to equip the viewers with adequate facts & explanations. This will allow them to form their own opinions & make the ‘right’ choice, based on their wisdom & experience. On analyzing her tweets, we have analyzed that she analyses Political situations and does not support or favor any political party. You can see her tweets against the Aam Aadmi Party and BJP. While sometimes, she appreciates BJP and Tweets in their favor. PM Narendra Modi also follows Gunja Kapoor on Twitter.

Who is Gunja Kapoor?

Gunja Kapoor is a youtube who uploads videos related to Indian Politics. She has also worked as an author for the leading newspapers.

Why was Gunja Kapoor arrested?

She was caught at the place of Shaheen Bagh Protest wearing a burqa and hiding a camera in it. She was trying to make a video of the protest for her channel.

What is the connection of Gunja Kapoor with Shaheen Bagh Protest?

Gunja Kapoor wanted to record the Shaheen Bagh Protest for her youtube channel. So, she went there wearing a burqa with a camera. When other women suspected her, they called the police to arrest her.

What does Gunja Kapoor do to earn her livings?

She runs a youtube channel. She has also written articles for leading newspapers and magazines. She was a senior analyst in CRISIL from 2012 to 2015.

What is the age of Gunja Kapoor?

What is the hometown of Gunja Kapoor?

Her hometown in Lucknow, Uttar Pradesh.

What is the name of the Youtube Channel of Gunja Kapoor?

Right Narrative is the name of Gunja Kapoor Youtube Channel.