Fawad Khan is a Pakistani Actor, Model, and Singer. He has acted in lots of TV Serials and Movies in Pakistan. In Bollywood, he has acted in a few films like Ae Dil Hai Mushkil (Cameo Performance) and Khoobsurat opposite Sonam Kapoor as her Love Interest, and Kapoor & Sons. 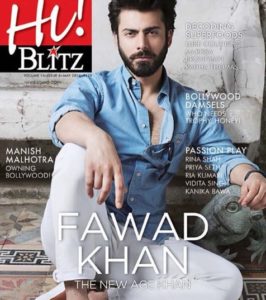 We have also activated links to Fawad Khan Instagram, Facebook, Twitter accounts, and Wikipedia Page. So that you can easily follow him. Just continue reading and scroll down till the end of this page.

The full name of Fawad Khan is Fawad Afzal Khan. He is a very well known Pakistani Actor, Singer, Producer, Model, and Screen Writer. For his acting in Pakistani Films and TV Serials, he has received many awards. For acting, he has won Filmfare Award, Lux Style Awards, and Six Hum Awards. 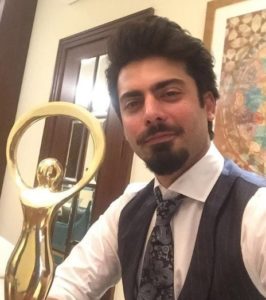 The acting career of Fawad Khan started with the Television Sitcom, Jutt and Bond in 2001. Later, he formed an alternative Rock Band named Entity Paradigm with the co-stars and started his music career as a lead singer of his band.

After 250 performances, he left the band in 2012 to focus on his acting career. Fawad Khan was a Judge on Pepsi Battle of the Bands in July 2017, with Atif Aslam and Meesha Shafi.

Fawad Khan was born on 29th November 1981 in Lahore, Pakistan. He belongs to a family of Pathan ancestry. He lives in Lahore and his first language is Punjabi. His father was in pharmaceutical sales, due to which, the family frequently moved to different countries like Athens, Dubai, Riyadh, and Manchester. They moved to Lahore when Fawad was 13 years old. 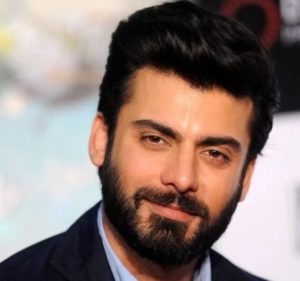 In his family, he has two sisters. His elder sister Aliya is an architect and younger sister Sana is a physician. When he was studying in American School, he faced racism and he was bullied because of his shy and calm nature.

At the age of 17, he was diagnosed with Type 1 Diabetes, due to which he lost his 10 kg weight. He used to wear a device on his arm to check his diabetes level.

Fawad Khan Wife: The name of Fawad Khans Wife is Sadaf Khan. Both got married in 2005 after a 7-years relationship. Fawad Khan has a son Ayaan and a daughter Elayna. His wife Sadaf Khan is a Costume Designer. She has also founded a clothing line named Silk by Fawad Khan. 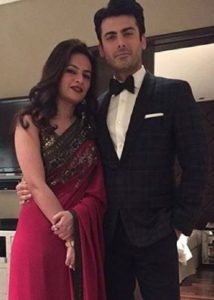 He was a part of the band named Entity Paradigm. But he left the band in 2012 and decided to continue his acting career. He is known for acting in Khuda Ke Liye, Dastaan, Humsafar, Armaan, Zindagi Gulzar Hai, Bollywood Movies Khoobsurat, Kapoor & Sons. 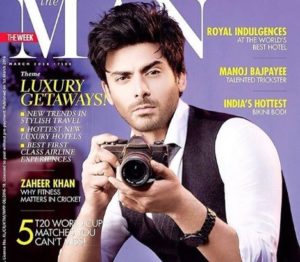 To read about the Fawad Khan Movies, TV Serials, and Songs in detail, please read Fawad Khan Wikipedia Page. Link to that is provided at the end of this page.

At present, Fawad Khan is banned in Indian due to pressure by Shiv Sena and distorted relations between India and Pakistan. 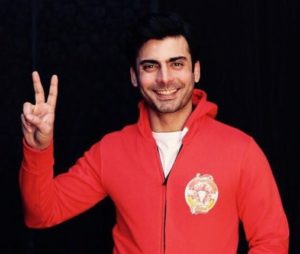 From time to time, we will keep this page updated with the latest news about Fawad Khan. Just stay connected with us.

Who is Fawad Khan?

Fawad Khan is a Pakistani Actor, Model, and Singer. He has acted in lots of TV Serials and Movies in Pakistan.  He has also worked in Bollywood movie Ae Dil Hai Mushkil.

What is the age of Fawad Khan?

What is the hometown of Fawad Khan?

Yes, Fawad Khan is married since 2005 after being in a 7-years relationship.

Who is the wife of Fawad Khan?

The wife of Fawad Khan is Sadaf Khan. She is a costume designer and has started her own clothing line named Silk by Fawad Khan.

How many children have Fawad Khan?

Fawad Khan is blessed with a son Ayaan and a Daughter Elayna.

What is the net worth of Fawad Khan?

The estimated net worth of Fawad Khan is $6 Million.

Yes, Fawad Khan was diagnosed with Type 1 Diabetes when he was just 17 years old.

Why is Fawad Khan banned in India?

After the Uri attack in 2016, the relationship between India and Pakistan deteriorated. After that, the Indian Motion Picture Producers Association (IMPPA) and the Film Producers Guild of India banned all Pakistani Artists until the situation gets normal.