Deepti Naval is an American-Indian Actress, Director, Writer, and Painter. She is actively working in Bollywood and Indian Television Industry. She was very popular for her movies and relationships during the 1980s. 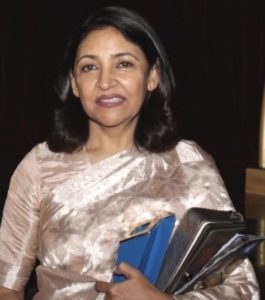 We have also activated links to Deepti Naval Instagram, Facebook, Twitter accounts, and Wikipedia Page. So that you can easily follow him. Just continue reading and scroll down till the end of this page.

What a multi-talented personality Deepti Naval is! She is truly an artist. Deepti is a brilliant actress and she has proved her acting talent by working in Bollywood movies, TV Serials, and theatre.

Besides acting skills, she has very good writing skills also. She has written Poems in Hindi like Lamha Lamha, Black Wind and other poems. Deepti has also written short stories The Mad Tibetian. 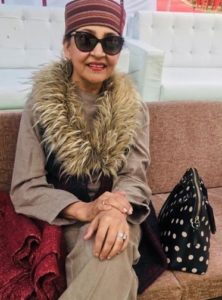 As a director and writer, she has worked in Indian Films Do Paise Ki Dhoop and Chaar Aane Ki Baarish.

She is also a painter and photographer and shows her creativity in exhibitions. She has also painted the Controversial Painting of Pregnant Nun.

Deepti Naval was born on 3rd Feb 1952 in Amritsar, Punjab, India. Later, she moved to New York and got the citizenship of America. That is why we call her American-Indian Artist.
Her father’s name is Uday C Naval, who is a professor at the City University of New York. Her mother Himadri Gangadhar is also a Teacher and Painter.

Movies by Deepti Naval: She has made her Bollywood debut with the movie Junoon in 1978. But, she became an overnight star after the movie Chashme Baddoor. Her online and offline chemistry with Farooq Sheikh was liked by everyone at that time. She has also acted in a Punjabi Film Marhi Da Deeva and one Kannada Film Mane. Deepti has also acted in a Bengali Memories in March. This movie was later shot in English also. 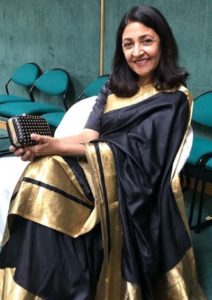 To get the complete detail of Deepti Naval Movies, read Deepti Naval Wikipedia. Links id provided in the table given below.

Web Series by Deepti Naval: Made in Heaven in 2019.

From time to time, we will keep this page updated with the latest news about Deepti Naval. Just stay connected with us. 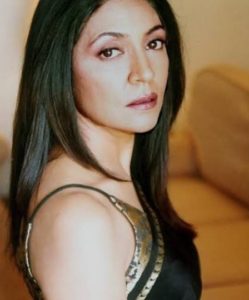 Who is Deepti Naval?

What is the age of Deepti Naval?

Where is Deepti Naval these days?

Last, Deepti Naval was seen in a web series Made in Heaven in 2019.

Deepti Naval was married in 1985 to the filmmaker Prakash Jha.

Is Deepti Naval a divorcee?

Who is the boyfriend of Deepti Naval?

Late Vinod Pandit was the boyfriend of Deepti Naval. He was the nephew of Pandit Jasraj. She also runs the Vinod Pandit Charitable Trust for the education of the girl child.

What is the net worth of Deepti Naval?

The estimated net worth of Deepti Naval is $ 13 million.

Is Deepti Naval dead or alive?

Deepti Naval is alive. She is not dead. Last, she was seen in a web series Made in Heaven in 2019 available on Amazon Prime.