Besides, she has also participated in Dance Reality Show – Nach Baliye Season 4 in 2008-09 with her Ex-Husband Actor Shaleen Bhanot.

In the last section of this page, we have mentioned the link to Daljeet Kaur Instagram and other social media accounts. So, scroll down and continue reading.. 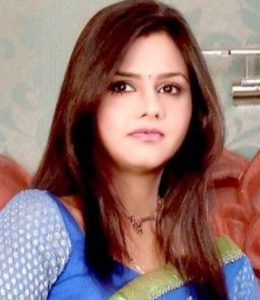 Dalljiet Kaur is a very well known personality of the Indian Television Industry. She has a huge fan-following. The characters depicted by her in TV Drama Shows leaves a great impact on the audience that longs last.

Daljeet Kaur has made her debut in 2014 with the Zee TV Drama Serial Mansha. The name of her character was Daljeet.

After working in Kulvadhu with Shaleen Bhanot, Both fell in love with each other. They participated in Nach Baliye 4 in 2008-09 as a couple. After that, Dalljiet and Shaleen Bhanot tied a knot. But the marriage could not go well and they separated after 5 years in the year 2015. 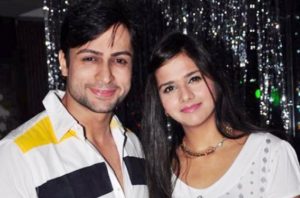 Daljeet Kaur got married to Tv Actor Shaleen Bhanot on 9th December 2009. After marriage, she took a break from acting. She gave birth to a son whose name was Shaarav at the time of birth(after divorce, Daljeet Kaur changed the name of her son to Jaydon).

In 2015, Daljeet filed a case against her husband and his family for Dowry, Domestic Violence, and Betrayal. After separation from her husband Shaleen Bhanot, Dalljiet started working in the Tv Industry again. She said in an interview that she is a single mother and want to work for him. She reduced her 33 kg weight to come back in the TV Industry.

Dalljiet Kaur was born on 15th November 1082 in Ludhiana. She belongs to a family of Army Background. Her father is a retired colonel. She has two elder sisters named as Jattinder Kaur and Amrit Grover. Both are Indian Army Officers. Her mother’s name is Pritam Kaur, who is a housewife.

Her family lives in Bangalore. Dalljiet Kaur lives in Mumbai with her son Jaydon, who is now 5 years old and goes to school. After her divorce, her son Jaydon is the only reason for her happiness. She has a tattoo on her arm with her son name Jaydon. 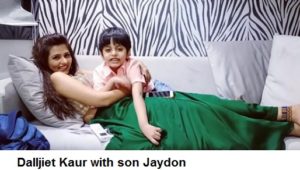 In an Interview, Daljeet Kaur has said that she is single and looking for the right person. She is getting some proposals for marriage from TV Actors and from out of TV Industry. But, she is waiting for the right person who is positive in life and also accepts her son Jaydon. Moreover, she said that she will prefer a guy who is not from this industry, maybe a businessman and a fit guy.

Dalljiet Kaur and Nishant Malkani (TV Actor) are good friends. There are rumors that they are dating each other. Nishant Malkani is depicting the lead role of Akshat in Guddan Tumse Na Ho Paega. All of sudden, Dalljiet Kaur has made an entry in the same show as Akshat’s First Wife Antara. Dalljiet is playing a negative character in Guddan. 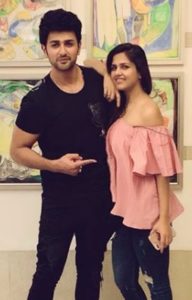 Dalljiet Kaur has worked in many Tv Drama Shows. She started acting in 2004 with the TV Drama Serial Mansha. In 2004, she has also won the title of Miss Pune 2004. She has participated in many beauty pageants like Miss Navy, Miss Mumbai, Miss Maharashtra Queen.

Now, she is participating Bigg Boss 13 House from 29th September 2019.

On 29th September 2019, Dalljiet Kaur has entered the Bigg Boss 13 House. She has added emotion to the show on the launch day by saying bye to her son Jaydon.

She was approached for Bigg Boss a few years ago. But, at that time, she refused to do that because her son was just 2 years old. 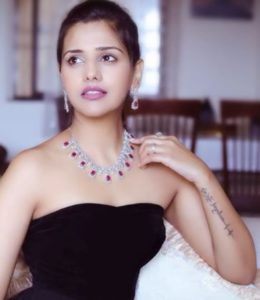 Final Words: We are looking forward to see the real-life Dalljiet Kaur in Bigg Boss 13.

Is Daljeet Kaur a divorcee?

Yes, she married to actor Shaleen Bhanot on 9th December 2009. She got divorced in 2015 after filing a case of dowry and domestic violence.

Whi is the husband of Daljeet Kaur?

Actor Shaleen Bhanot is the Ex-Husband of actress Daljeet Kaur.

What is the age of Daljeet Kaur?

What is the name and age of Daljeet Kaur son?

Who is the boyfriend of Daljeet Kaur?

She is single and does not have any boyfriend. But, her co-actor Nishant Malkani is a very good friend of Daljeet Kaur.