Today, we are here to tell you about the Young and Talented Dancer and Tik Tok Star Yuvraj Singh aka Baba Jackson. His Tik Tok Id is BabaJackson2020. The Dance Videos and Tik Tok Videos of Baba Jackson went viral within a few hours of posting. He dances in MJ Style. Many Bollywood celebrities including Hrithik Roshan, Amitabh Bachchan, Varun Dhawan, and Remo Dsouza have shared their videos and praised his dance moves. 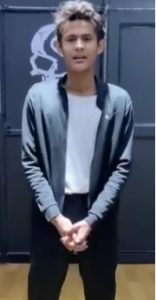 We have also activated links to Baba Jackson Yuvraj Singh Instagram, Facebook, Twitter accounts, and Tik Tok Id. So that you can easily follow him. Just continue reading and scroll down till the end of this page.

These days, the Internet and Social Media is playing an important role in promoting young and talented people. We have earlier seen the examples of Ranu Mondal, Vipin Sahu, Shivam – A Guitar Player Boy, etc. who got fame after going their videos viral on social media. 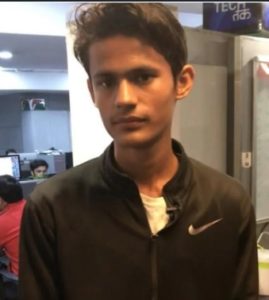 The new Internet Sensation is Yuvraj Singh, popularly known as Baba Jackson. He is a Tik Tok Star who is uploading his MJ Style Dance Videos from the past 5-6 months. He has many followers on Tik Tok and Instagram. His videos went viral after a few hours of uploading.

Yuvraj Singh Tik Tok Id is BabaJackson2020. He is popular by his name Baba Jackson. His videos got appreciation by many Bollywood celebrities like Hritik Roshan, Amitabh Bachchan, Varun Dhawan, Remo D’Souza. 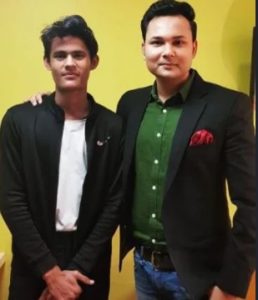 The real name of Baba Jackson is Yuvraj Singh Parihar. He belongs to Jodhpur, Rajasthan. These days, he is staying in Delhi as he got an offer from Skeleton Dance Crew to join their group.

He belongs to a middle-lower class family. His father is a laborer who does the work of fitting tiles in buildings.

Soon, we will inform you about the Baba Jackson Yuvraj Singh Birthday. His age is 18 Years as in 2020. His height is approx 5 feet 9 inches.

Baba Jackson started his dance journey just 5 to 7 months ago. He got the inspiration for dance from Bollywood actor Tiger Shroff. He started following Michael Jackson Dance Style by watching Youtube Videos.

Initially, he does not have a mirror in his room, so that he could practice by watching himself in the mirror. So, he used to watch his shadow for practicing.

Later, he started uploading his dance videos on his tik tok id Baba Jackson 2020. He used to dance barefooted as he could not afford shoes. Later, he bought shoes and a dress and started making videos on his house roof. Soon, his videos got a good response. His followers on TikTok increased to millions. Many YouTubers started uploading his videos and promoting his talent.

First of all, Hritik Roshan shared the picture of Baba Jackson on his twitter account asking about who is this talented boy: After becoming popular on social media, many newspapers have published articles about Jodhpuri Micheal Jackson Yuvraj Singh aka Baba Jackson. News Netwon Indian Tv Today also called to their studio for an interview.

Recently, Varun Dhawan has shared the video of Baba Jackson in which he dances off to ‘Muqabala’ with Tik Tok star Baba Jackson. 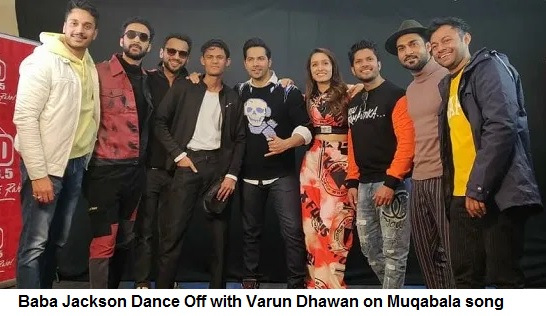 These days, Varun Dhawan is promoting his movie Street Dancer.

With the one they call @babajackson2019. The real street dancer Bahut maaza ayaaa keep breaking the Internet🔥🆒3️⃣

Soon, Baba Jackson will also appear as a guest on the Star Plus Dance Reality Show Dance Plus.

Who is Baba Jackson?

He is a Tik Tok Star who is popular for his dancing videos. His dancing style matches Micheal Jackson. His dance moves are praised by actors like Hritik Roshan, Amitabh Bachchan, Remo Dsouza.

What is the real name of Baba Jackson?

The real name of Baba Jackson is Yuvraj Singh.

What is the age of Baba Jackson?

What is the hometown of Baba Jackson Yuvraj Singh?

He belongs to Jodhpur, Rajasthan.