B Praak is a famous Indian Singer and Music Composer, who primarily works in Punjabi Music Industry. Initially, he started his career as a music composer in 2008 by composing many hit songs like Do You Know by Diljit Dosanjh, Soch sung by Hardy Sandhu.

After giving many hit songs as a composer, he sang his first debut song i.e. Mann Bharya in 2017 featuring Himanshi Khurana in Video. This song broke many records. In 2019, his latest song Filhaal featuring Akshay Kumar has broken all records by crossing 400 million views in a very short span of time. 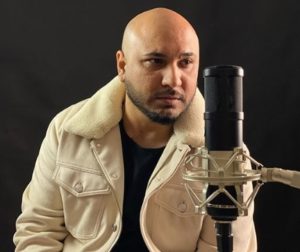 We have also activated links to B Praak Instagram, Facebook, Twitter accounts, and Wikipedia Page. So that you can easily follow him. Just continue reading and scroll down till the end of this page.

B Praak is a very successful Punjabi Music Composer and Singer. Mostly, he has worked in collaboration with the songwriter Jaani. He has released a hit album Jaani Ve with Songer writer Jaani and music given by him. 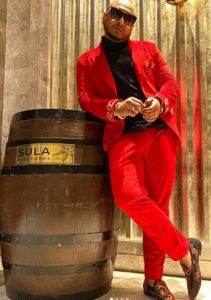 As a singer, he has sung hit songs like Mann Bharya (Debut Song) featuring Himanshi Khurana, Mastaani, Nain Tere, and Now Filhaal song featuring Akshay Kumar. The Filhaal Song by B Praak has broken all the records in 2019.

Besides Punjabi Music Industry, he has also done a fabulous job in Bollywood Music Industry also. In 2019, he made his singing debut in Bollywood by singing a song Teri Mitti in Kesari Movie. He has sung a couple of songs for Bollywood movies in 2019.

He has also sung a Telugu song Suryudivo Chandrudivo for the movie Sarileru Neekevvaru starring Mahesh Babu. This movie will release in 2020.

B Praak was born on 7th February 1986 in Chandigarh. He is 34 years old as in 2020. The real name of B Praak is Prateek Bachan. His nickname is Precky.

Punjabi Singer B Praak Father’s name is Varinder Bachan, who is a music composer and music director. He has given music for hit songs Chandigarh Kare Ashiqui and Tutak Tutak Tutiyan. He is also very close to his mother, who is a housewife. B Praak has a younger sister named Suhani Bachan.

His uncle Surinder Bachan is also a music director and composer. His uncle is known for launching the great Punjabi singer Babbu Maan. He is known for composing songs Neendran Ni Aundiyan sung by Babbu Maan, and song Bhabhi Deeva Jaga.

As B Praak is born in a family of Music Directors and Composers, he got interested in music since childhood. His inspiration for music is his dad. Before starting his career as a music composer, B Praak practiced for 10 years for learning music.

Recently, on 4th April 2019, B Praak got married to the love of his life Meera. 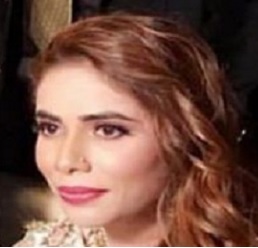 The wedding ceremony was organized in Zirakpur, Chandigarh. On 3rd April 2019, they exchanged rings in a ring ceremony function. 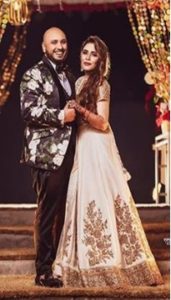 The next day, they tied a knot as per Hindu Rituals. Many celebrities and singers from Punjabi Film and Music Industry came to attend the marriage of B Praak. 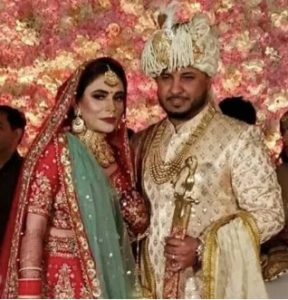 From time to time, B Praak performs Live on stage and his fans enjoy his life performances in different events. Now, he will give live performance in Dubai on 31st December 2019 for a new celebration event Race 2020. 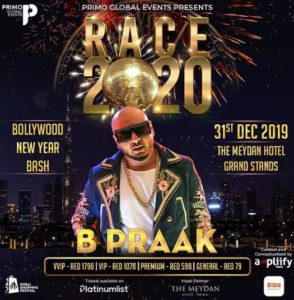 As Music Composer and Music Director 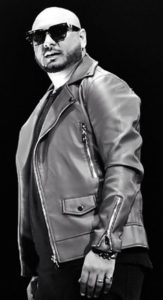 B Praak in Bollywood

In 2019, B Praak has made his Bollywood debut as a singer and music composer. He has sung a couple of songs in Bollywood Movies: 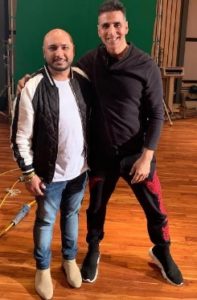 Bollywood singer and music director B Parak aka Prateek Bachchan has been accused of taking his father hostage in the house. A disciple of Parak’s music director, father Virendra Bachchan, has filed a petition in the Punjab and Haryana High Court alleging that P Parak has held his father hostage, not getting medication and proper treatment. On the petition, the High Court has issued a notice to the SSP and ordered to submit a report about this on 16 July.

Pradeep Sharma, the advocate of Virender Bachchan’s disciple, Meenu Kapoor, told that music director Virendra Bachchan lives in Sector 20 of Chandigarh. Virendra Bachchan’s health is not right for a long time. Blood clots have started accumulating in his brain. Since then, he is undergoing treatment. According to the petitioner, Meenu, his wife and son are not treating him properly nor are he being allowed to meet anyone.

According to Meenu, Virender Bachchan has property in Zirakpur and Chandigarh. His wife and his son, i.e. B Praak, want to grab the property.

The lawyer Pradeep Sharma said that Virender Bachchan also complained to the police in May, but no strict action was taken. The police came to the house and went away, telling the family to get them treated and advising them not to stop.

But according to Meenu, despite the arrival of the police, the attitude of his wife and son did not change, whereas the petitioner Meenu used to keep taking the condition of Virendra Bachchan. Therefore, a civil suit was filed against him and an appeal was made to ban his entry into the house.

According to the petitioner Meenu, Virender Bachchan’s mobile has also been taken away, due to which he is now dying a slow death due to lack of treatment. Taking strict cognizance of the case, the High Court has ordered the SSP to submit a detailed report on this matter by 16 July.

However, when asked to B Parak’s family, his mother i.e. Virender Bachchan’s wife denied all these allegations. He said that Meenu Kapoor has never been Virender Bachchan’s caretaker. She used to come to the house only as a disciple, but due to Meenu’s antics, her family is in dispute with Meenu. He said we will file our answer in the court.

Who is B Praak?

B Praak is a famous Indian Singer and Music Composer. His Filhaal song and Mitti Song were very popular in 2019.

What is the real name of B Praak?

The real name of B Praak is Prateek Bachchan.

What is the age of B Praak?

What is the hometown of B Praak?

B Praak lives in Chandigarh with his family.

Who is the father of B Praak?

Punjabi Music Director and Composer Varinder Bachchan is his father. His dad is his inspiration for singing.

Is B Praak married?

Yes, B Praak is married.

Who is the wife of B Praak?

B Praak wife is Meera. They tied a knot on 4th April 2019 in Zirakpur, Chandigarh.

What is the net worth of B Praak?

The estimated net worth of B Praak is not known. But we will soon update the same.