Aryan Khan is the famous celebrity kid as he is the son of King Khan or Badshah of Bollywood, none other than, Shah Rukh Khan. Aryan Khan is famous on social media for his looks.

We have also activated links to Aryan Khan Instagram, Facebook, Twitter accounts, and Wikipedia Page. So that you can easily follow him. Just continue reading and scroll down till the end of this page. 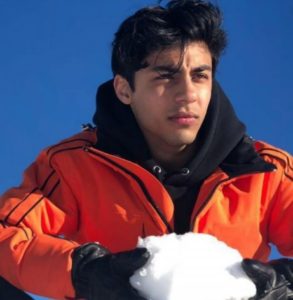 He looks like his father Shahrukh Khan. It is obvious that the fans of Shahrukh Khan are also interested in Aryan Khan’s Life. So, let us take you through the personal life of Aryan Khan, the son of SRK. We will also tell you about the notable work done by him in the acting field. So, continue reading. 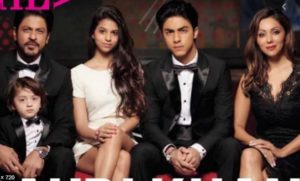 Aryan Khan was born in 1997 in Mumbai. He is the first child of Shahrukh Khan and Gauri Khan. 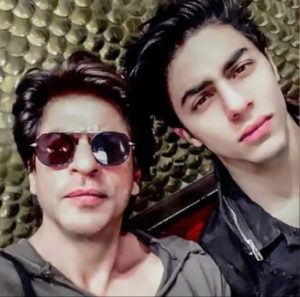 He has one sister named Suhana Khan(Read about her in detail), and one younger brother named Abram Khan born on 27th May 2013. 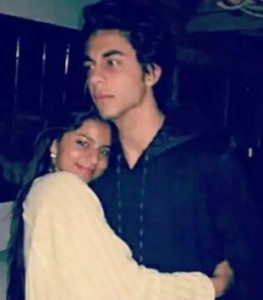 He has done his schooling from the Sevenoaks School, London. After that, he joined the University of Southern California, London for Graduation. He is learning Film Direction from London. He has also joined an acting Institute named The Lee Strasberg Theatre & Film Institution, LA. 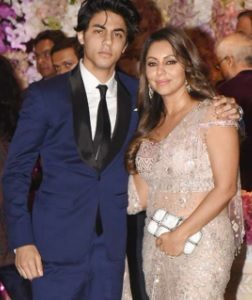 Aryan Khan is much interested in Film Making and Direction. He wants to make his career in Film Direction. But, Shahrukh has always emphasized on completing the Studies first. Now, the Graduation is completed and everybody is waiting for his debut in Bollywood. 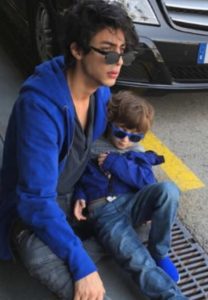 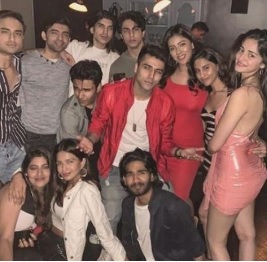 There were rumors that Aryan Khan is dating Navya Naveli Nanda. An MMS went viral in which Aryan Khan and Navya Look alike Boy and Girl is shown in Photo getting Intimate. Later, it mas made clear that they just look alike Aryan and Navya. Khan Family and Nanda Family have also clarified that they are just good friends.

All fans of Shahrukh Khan and followers of Star Kids are waiting for the debut of Aryan Khan in Bollywood. It is assumed that Karan Johar will cast Khushi Kapoor (Sridevi’s Younger daughter) and Aryan Khan (Son of SRK) together in their debut movie. We will inform you about this as soon as any official statement is made in this regards. 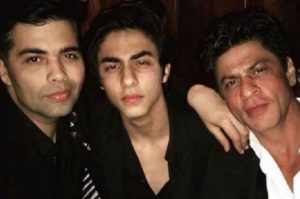 As of now, he has started voice acting in the Hindi version of Bollywood Movie The Lion King. In this movie, he has dubbed voice for the lead character named in Hindi as Simba. His work is being appreciated by everyone as his voice also resembles his father SRK’s Voice, just like his looks and features.

As a child artist, he has worked in Kabhi Khushi Kabhi Ghum and Kabhi Alvida Na Kehna. He has also dubbed his voice for the animated film Hum Hain Lajawaab and for that, he had also won the Best Dubbing Child Voice Artist Award.

to get all the updates about the personal and professional life of Aryan Khan, keep visiting this site i.e. gulabigangofficial.in. Follow your celebrities and give your feedback in the comment section given below.

Who is Aryan Khan?

Aryan Khan is the famous celebrity kid as he is the son of King Khan or Badshah of Bollywood, none other than, Shah Rukh Khan. Aryan Khan is famous on social media for his looks. he has recently made his voice acting debut by dubbing the main character Simbaa of the Lion King (for Hindi Version).

Who is the father of Aryan Khan?

Superstar Shahrukh Khan is the father of Aryan Khan.

What is the age of Aryan Khan?

What is the hometown of Aryan Khan?

Who is the girlfriend of Aryan Khan?

We don’t have much information about the personal life of Aryan Khan. So, we cannot tell you the name of Aryan Khan Girlfriend right now.

What is the net worth of Aryan Khan?

When will Aryan Khan make his debut in Bollywood?