Anam Mirza is the sister of Sania Mirza (Indian Tennis Player). She is a curator of Fashion and a stylist. She is also the owner of labelbazaar.com.

Presently, she is living in Hyderabad and has made her career in the field of Fashion and Style. Earlier, she got married to Akbar Rasheed on November 2016. But, after one and a half years of marriage, they filed a divorce. Now, she is getting marrying again. 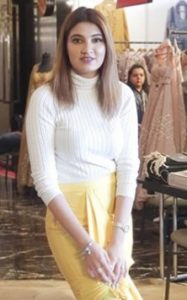 Read everything about Anam Mirza, Age, Husband, Divorce, Boyfriend, Marriage, photos. We have also provided the links to her social media accounts in the last section of this page. So, scroll down and continue reading.

Anam Mirza is the younger sister of Sports Star Sania Mirza. Sania lovingly calls her baby sister. Both Mirza Sisters are often spotted together on vacations posing for pictures.

Anam Mirza is also a stylist of Sania Mirza. Anam is a young fashion designer from Hyderabad. She runs a multi-designer expo named as The Label Bazaar. The brand ambassador of TLB is her sister Sania Mirza.

Anam Mirza was born on 24th Feb 1994 in Hyderabad, She belongs to a Hyderabadi Muslim Family. Her father Imran Mirza is a sports journalist and her mother Naseema Mirza is the owner of the printing business. Her elder sister is Sania Mirza – an Indian Tennis Player. 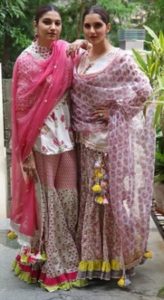 At present, Anam Mirza is dating Asadduddin Abbas. Asad is the son of Azharuddin – the Former Indian Cricket Team Captain. Sania Mirza has confirmed that they are going to tie into a knot in December 2019. 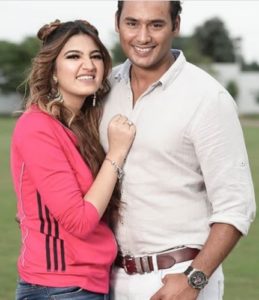 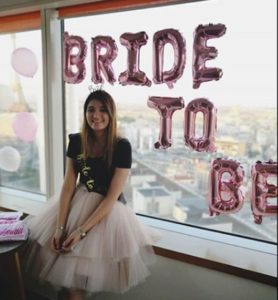 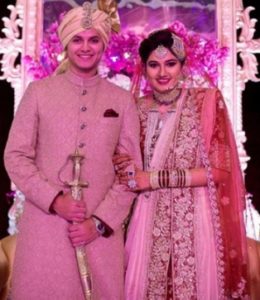 After the engagement, they had a start-studded Mehandi Function. Their wedding on 18th November 2016 was a Royal Muslim Wedding. Everything was going smooth. Anam started a fashion stylist business – The Label Bazaar with her husband Akbar Rasheed. 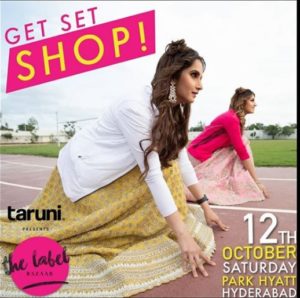 All of sudden, in May 2018, there was news that Anam Mirza is heading for divorce with her husband Akbar Rashid. The reason for the divorce is not clear and it was quite shocking for everyone who heard about it.

After divorce with Akbar Rasheed, Anam Mirza is dating Asad Azharuddin. soon, she is going to marry Assaduddin – the son of former Captain of Indian Cricket Team Azharuddin. Sania Mirza has confirmed the marriage is set in December 2019. Anam Mirza has just come back from her bachelorette trip to Paris. Sania Mirza has also accompanied her to this trip. 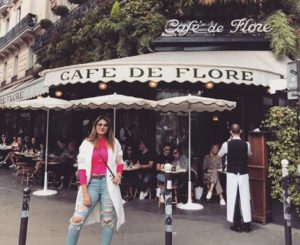 Anam is ready for marriage with Asad, the son of cricketer Azharuddin. Day 1 of Marriage Functions started on 9th December 2019 with Mehandi Functions. Anam wore Light Green Embroidered Lehnga with Gold and Polki Choker Jewelry and minimal make-up. She has soft hair curls with accessory in hair. A hashtag related to Anam’s Marriage is also trending which is #AbBsAnamHi. 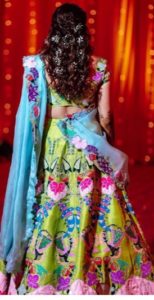 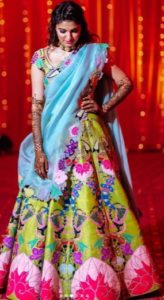 For her sister’s Mehndi Function, Sania Mirza opted for a black crop-top and an orange embroidered skirt. She completed her look with a beautiful neckpiece and earrings. 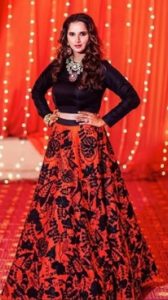 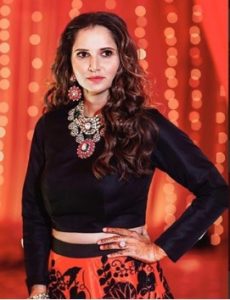 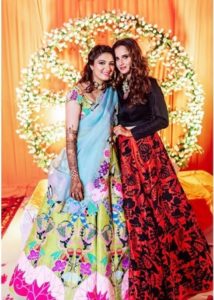 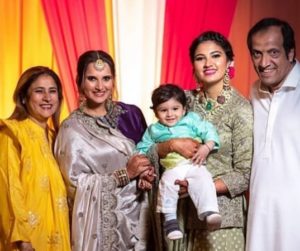 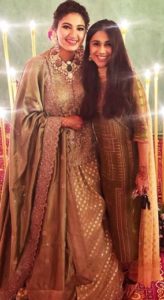 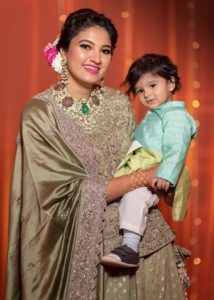 Anam and Asad Marriage Photos at the time of Nikaah 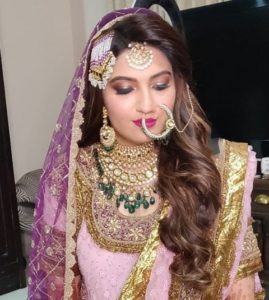 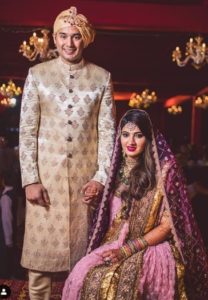 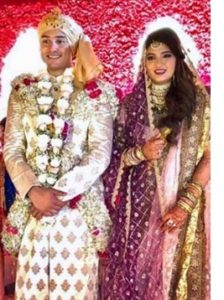 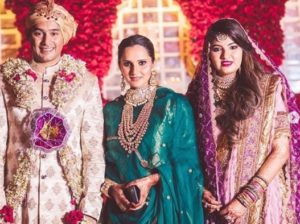 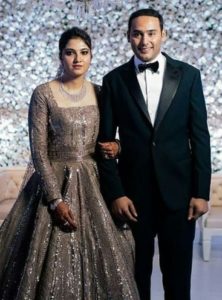 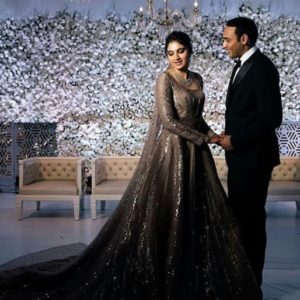 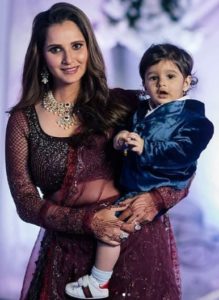 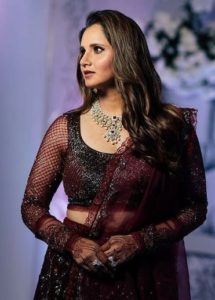 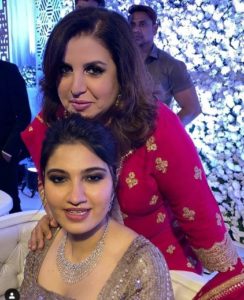 You can also watch more photos of Asad and Anam Marriage and Reception from Instagram Hashtag #abbasanamhi. Click Here for the direct access to that link.

Initially, she started her career as a journalist. She went to St. Francis College for a Bachelor’s Degree course in Journalism. After that, she completed her Marsters in Journalism and Public Relations. She also started a website related to Journalism named Ink to Change.

After her marriage, she started a business related to Fashion and Style with her husband Akbar Rasheed. Now, she is interested in making her career in the field of Fashion and Style. She runs Fashion Outlets of different brands. Her website of Fashion outlets is named The Label Bazaar.

Besides, She is also a stylist to her sister Sania Mirza. Moreover, Sania Mirza is a brand ambassador of TLB.

Here, you will get all the updates about Anam and Asad Marriage, Latest Photos etc.

We will soon inform you about the Anam Mirza and Asad Marriage Date. Just stay connected with us. Keep following gulabigangofficial.in for the biography and the latest news related to celebrities. Like our Facebook page – Follow your Celebrity. Thank you.

Who is Anam Mirza?

Anam Mirza is the sister of Sania Mirza (Indian Tennis Player). She is a curator of Fashion and a stylist. She is also the owner of labelbazaar.com.

What is the age of Anam Mirza?

What is the hometown of Anam Mirza?

Who is the sister of Anam Mirza?

Badminton Champion Sania Mirza is the sister of Anam Mirza.

Yes, Anam Mirza is married to Asad Azharuddin in December 2019. This was her second marriage. She was divorced from her first husband Akbar Rasheed in May 2018.

Who is the husband of Anam Mirza?

Cricketer Asad Azharuddin is the husband of Anam Mirza.

What is the net worth of Anam Mirza?

The estimated net worth of Anam Mirza is $ 1 Million.

Is Anam Mirza getting married for the second time?

Yes, Anam Mirza is getting married to Asad Azharudding and this is her second marriage. First time, she married to her childhood friend Akbar Rasheed on 18th November 2016. But, they got divorced in May 2018 and the reason for divorce was not clear.

Who is the first husband of Anam Mirza?