Amrita Dhanoa is an Indian actress who has worked in a few Hindi, Tamil, and Telugu Movies. These days, she is in news because of her controversy with her Ex-Boyfriend Arhaan Khan.

She also owns a youtube channel named Amrita Dhanoa. Link to Amrita Dhanoa Channel is mentioned in the last section of this page.

We have also compiled a few videos and interviews of Amrita Dhanoa on her relationship and fraud of Arhaan Khan in this page. Just scroll down and watch all videos to know the full matter in detail. Thank You 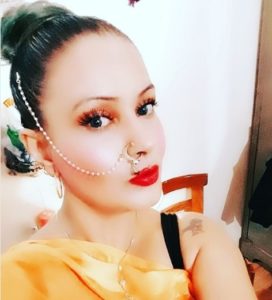 We have also activated links to Amrita Dhanoa Instagram, Facebook, Twitter accounts, and Wikipedia Page. So that you can easily follow her. Just continue reading and scroll down till the end of this page.

As we have informed you earlier that Amrita Dhanoa is an Indian Actress. She has worked in more than 18 Hindi Movies, Tamil and Telugu Movies. Once, she has also started an Apparel Showroom. She is known for movies like Unlimited Nashaa(2005), Parveen Boby(2007), and The World of Fashion(2013). 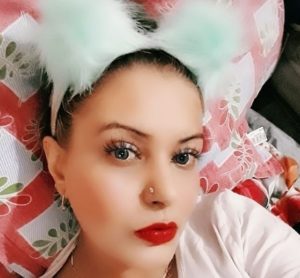 Recently, she is in news for calling Arhaan Khan a Fraudster. She has told the media that She and Arhaan Khan were in a live-in relationship for 5 years. Amrita used to pay the rents of their houses during these years. Amrita Dhanoa told media that the real name of Arhaan Khan is Mazhar Shaikh. She has also lent money and now she has filed a complaint against Arhaan Khan for not giving back her five lakh rupees in Oshiwara Police Station, Mumbai. 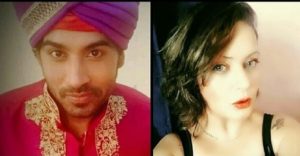 Onc the other hand, Arhaan Khan has denied the claims. Moreover, he said that she does not any girl named Amrita Dhanoa. People are creating controversies to be in the limelight because I am a Bigg Boss Contestant.

Amrita Dhanoa was born in a Punjabi Family on 13th November. Her hometown is Ludhiana, Punjab. Currently, she is living in Mumbai. She has studied at G.C.W College, Ludhiana, Punjab. Amrita Dhanoa has moved to Mumbai and started working as an actress in 2001. We don’t have any information about the age of Amrita Dhanoa. She is very close to her mother and brother in her family. Her nickname is Dolly. 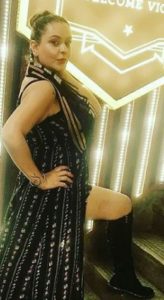 Her ex-boyfriend was Arhaan Khan, who is presently appeared in Bigg Boss Season 13. She had been in a live-in-relationship with Arhaan Khan for 5 years. They broke up in 2010. Arhaan has also told her that he is getting married, but later denied marrying. She has filed a complaint against Arhaan Khan for not paying back the loan of Rs. 5 Lakhs that she lent to him.

A few videos of Amrita Dhanoa are trending in social media. In these videos, she is blaming Bigg Boss 13 Contestant Arhaan Khan for misusing his money, not paying his debt. She has also shown a copy of a Police Complaint that she has filed against Arhaan Khan in Oshiwara Police Station. 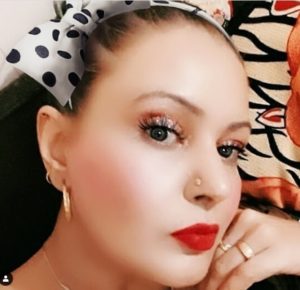 On 7th December 2019, In weekdend ka waar of Bigg Boss 13, Salmaan Khan has also revealed the truth of Arhaan Khan Marriage and Child. He has not told Rashmi that he has a child with his wife. Their divorce is in process. Salmaan Khan has also given a hint about Rs. 5 Lakhs Loan. After this, Rashmi Desai is in shock and broke down emotionally. After the wild card entry of Arhaan Khan after first eviction, he proposed Rashmi Desai. Everyone was expecting their marriage on the sets of Bigg Boss 13. We will keep you updated about this matter from time to time. Just stay connected with us.

Actress Amrita Dhanoa is trolled for calling Arhaan Khan Fraudster. A few people are also saying that she is doing all these to get a chance to enter the Bigg Boss 13 House. Well, she has said in her latest video that she will enter the Bigg Boss Season 13 House if Colors Channel approached her. But, she is saying the truth so that no other girl should suffer like her. If she enters the Bigg Boss House, she will say the same things in front of him and demand a confession from Arhaan Khan.

Please write in the comment box what are your views about this matter. Is Arhaan Khan is really a Fraud and playing with the emotions of Rashmi Desai? Is Amrita Dhanoa is saying these false things in Media to enter the Bigg Boss House? Who is lieing – Amrita Dhanoa or Arhaan Khan?

Who is Amrita Dhanoa?

Amrita Dhanoa is an Indian actress who has worked in a few Hindi, Tamil, and Telugu Movies.

What is the age of Amrita Dhanoa?

What is the hometown of Amrita Dhanoa?

Amrita Dhanoa belongs to Ludhiana, Punjab. But, currently, she lives in Mumbai.

Who is the boyfriend of Amrita Dhanoa?

Amrita Dhanoa had claimed that Bigg Boss 13 Contestant Arhaan Khan was her boyfriend. He ditched her and used her money. On the other hand, Arhaan Khan said that he did not know Amrita Dhanoa.

Yes, she has shown proof that She and Arhaan Khan were in a live-in relationship. In an interview, Amrita Dhanoa has shown a few gifts and old photographs of Arhaan Khan. She has also told that the real name of Arhaan Khan i.e. Mazhar Sheikh.

Why was Amrita Dhanoa arrested?

Amrita Dhanoa was arrested for running a sex racket in Mumbai. But, in an interview, she blamed Arhaan Khan for this arrest as she has filed a case on him for not repaying a loan of Rs. 5 Lacs.